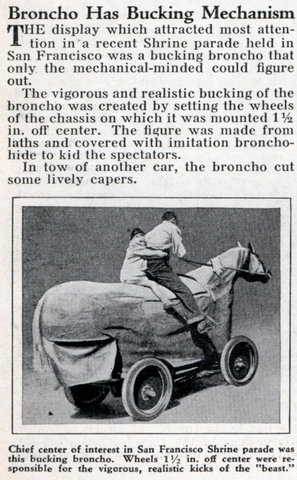 THE display which attracted most attention in a recent Shrine parade held in San Francisco was a bucking broncho that only the mechanical-minded could figure out.

The vigorous and realistic bucking of the broncho was created by setting the wheels of the chassis on which it was mounted 1-1/2 in. off center. The figure was made from laths and covered with imitation broncho-hide to kid the spectators.

In tow of another car, the broncho cut some lively capers.