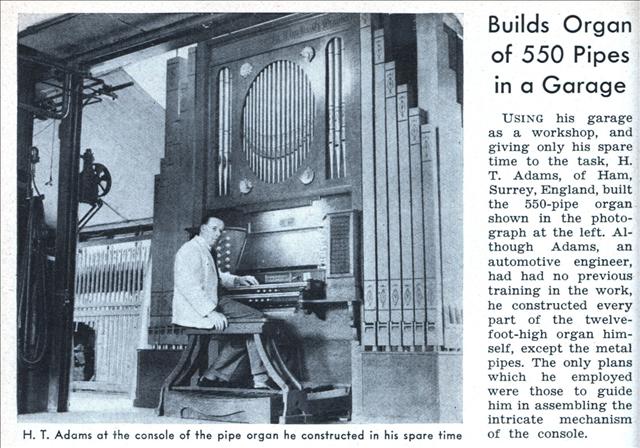 Builds Organ of 550 Pipes in a Garage

Using his garage as a workshop, and giving only his spare time to the task, H. T. Adams, of Ham, Surrey, England, built the 550-pipe organ shown in the photograph at the left. Although Adams, an automotive engineer, had had no previous training in the work, he constructed every part of the twelve-foot-high organ himself, except the metal pipes. The only plans which he employed were those to guide him in assembling the intricate mechanism of the console.