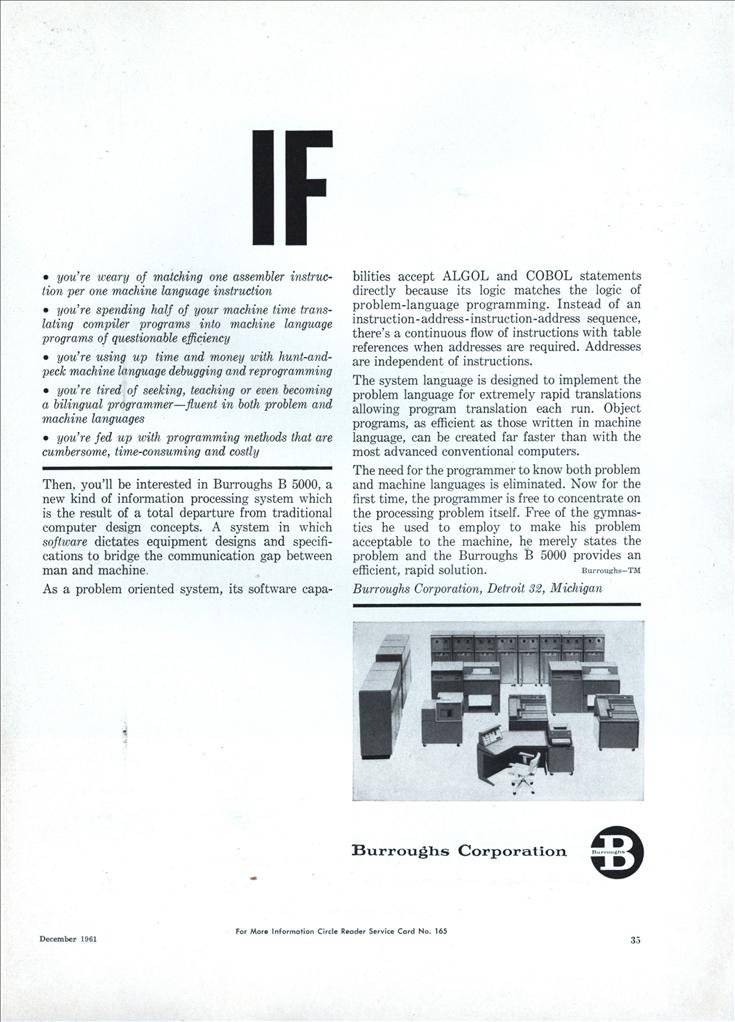 • you’re weary of matching one assembler instruction per one machine language instruction.

• you’re using up time and money with hunt-and-peck machine language debugging and reprogramming.

• you’re tired of seeking, teaching or even becoming a bilingual programmer—fluent in both problem and machine languages.

• you’re fed up with programming methods that are cumbersome, time-consuming and costly.

Then, you’ll be interested in Burroughs B 5000, a new kind of information processing system which is the result of a total departure from traditional computer design concepts. A system in which software dictates equipment designs and specifications to bridge the communication gap between man and machine.

The system language is designed to implement the problem language for extremely rapid translations allowing program translation each run. Object programs, as efficient as those written in machine language, can be created far faster than with the most advanced conventional computers.

The need for the programmer to know both problem and machine languages is eliminated. Now for the first time, the programmer is free to concentrate on the processing problem itself. Free of the gymnastics he used to employ to make his problem acceptable to the machine, he merely states the problem and the Burroughs B 5000 provides an efficient, rapid solution.