This would be the coolest thing ever. 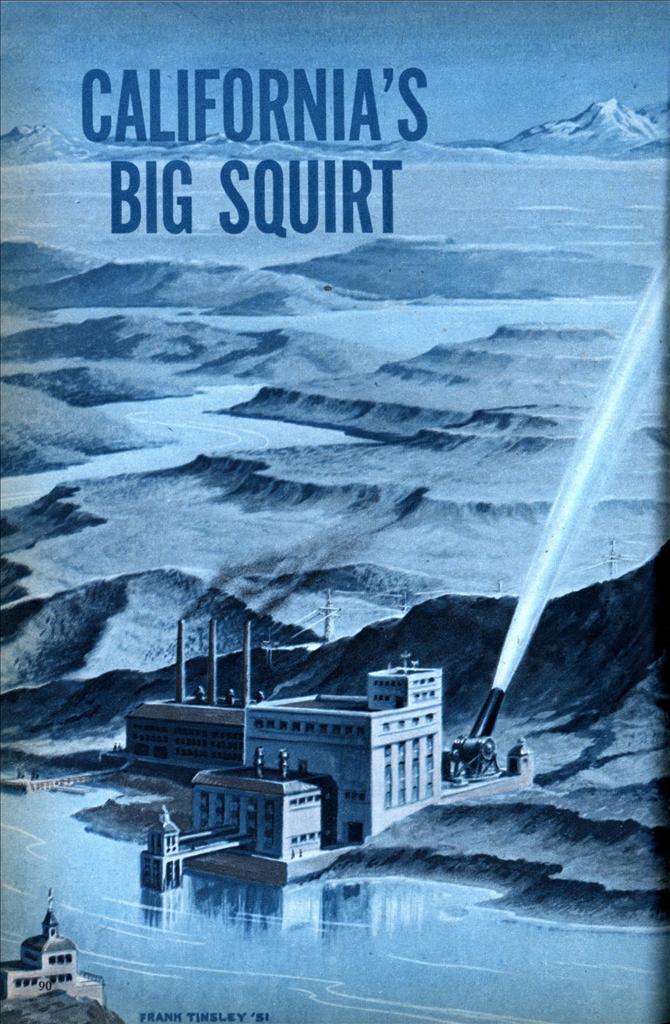 THE parched deserts of Southern California need water to transform their barren soil into fertile farmlands and tourist Meccas such as those existing elsewhere in the state. So far the problem has remained unsolved. But Sidney Cornell, a Los Angeles construction engineer, thinks he has a solution. He wants to construct a series of geyser-like power plants one mile apart to shoot water from the mouth of one into the funnel of the next, as depicted here by MI artist Frank Tinsley. The water would arc over hilly sections, have a flat trajectory over plains. Its velocity would approach 400 mph. These stations— 400 in all—would cost about $300,000 each.