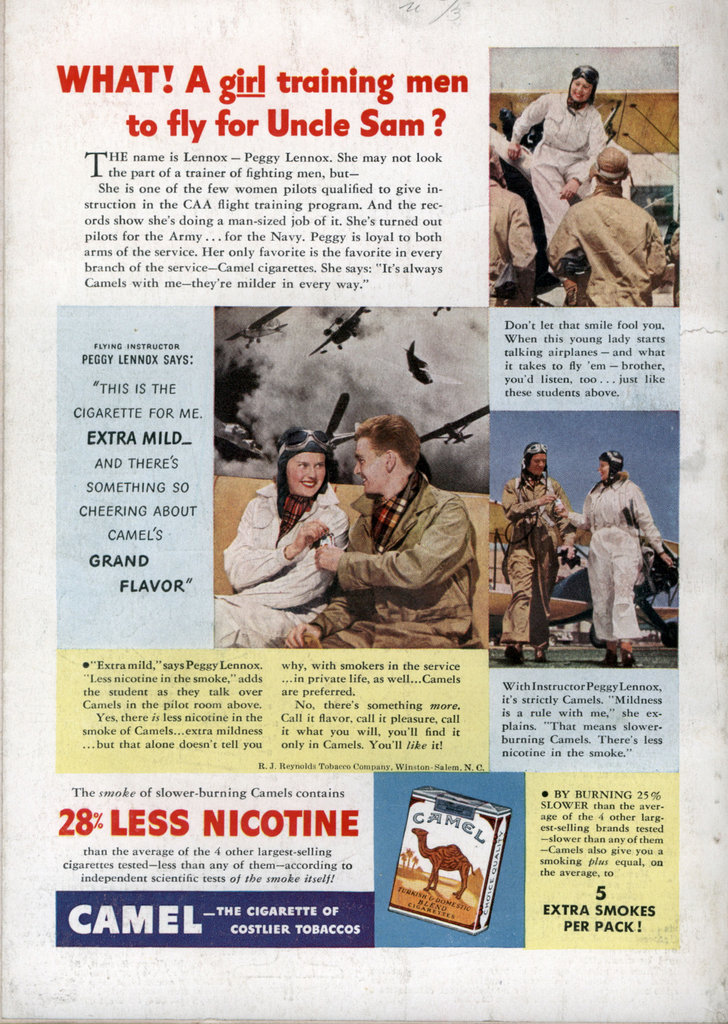 WHAT! A girl training men to fly for Uncle Sam?

THE name is Lennox â€” Peggy Lennox. She may not look the part of a trainer of fighting men, butâ€” She is one of the few women pilots qualified to give instruction in the CAA flight training program. And the records show she’s doing a man-sized job of it. She’s turned out pilots for the Army … for the Navy. Peggy is loyal to both arms of the service. Her only favorite is the favorite in every branch of the serviceâ€”Camel cigarettes. She says: “It’s always Camels with meâ€”they’re milder in every way.”

No, there’s something more. Call it flavor, call it pleasure, call it what you will, you’ll find it only in Camels. You’ll like it!

The smoke of slower-burning Camels contains

28% LESS NICOTINE
than the average of the 4 other largest-selling cigarettes testedâ€”less than any of themâ€”according to independent scientific tests of the smoke itself!

Camel – The Cigarette of Costlier Tobaccos