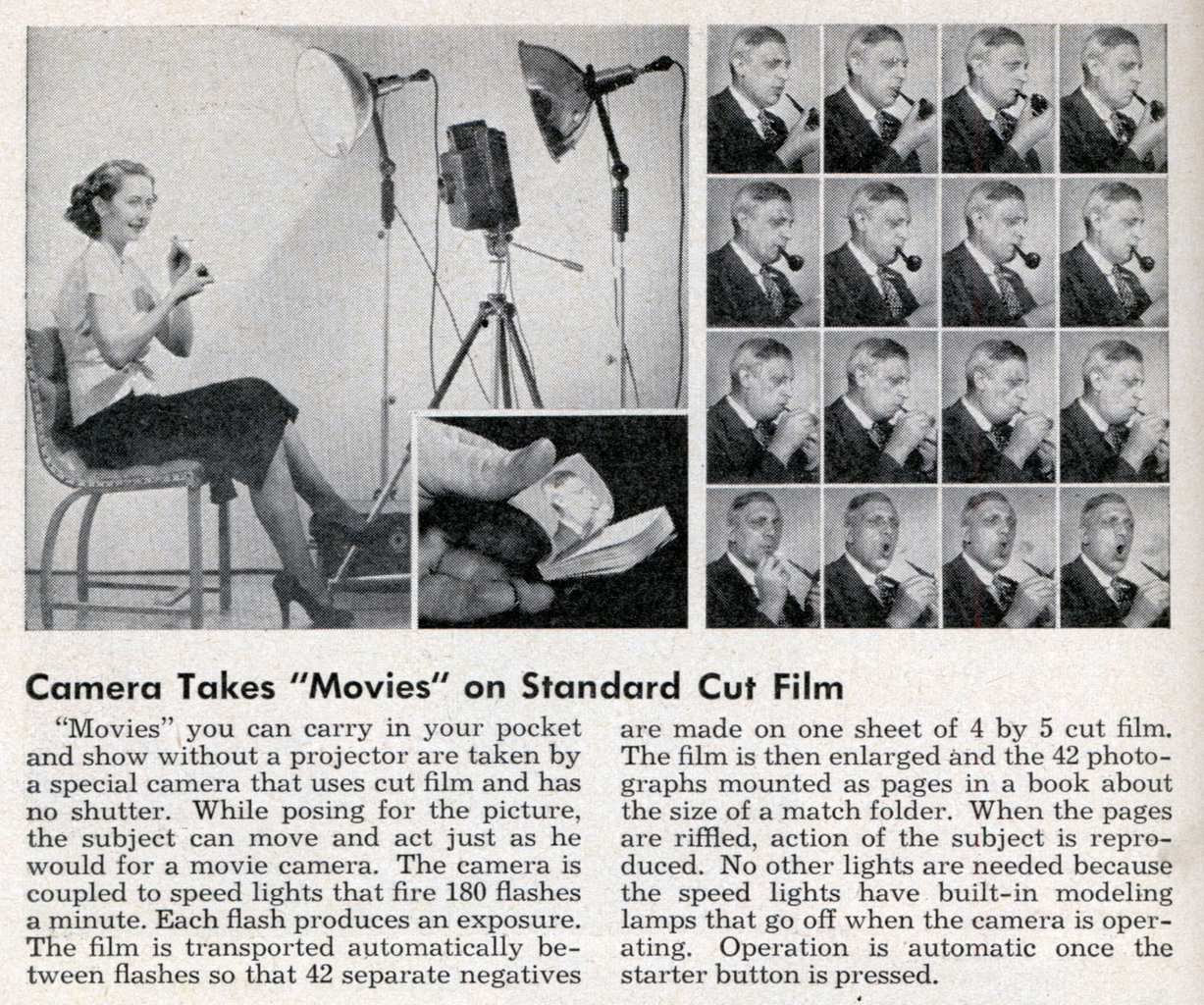 “Movies” you can carry in your pocket and show without a projector are taken by a special camera that uses cut film and has no shutter. While posing for the picture, the subject can move and act just as he would for a movie camera. The camera is coupled to speed lights that fire 180 flashes a minute. Each flash produces an exposure. The film is transported automatically between flashes so that 42 separate negatives

are made on one sheet of 4 by 5 cut film. The film is then enlarged and the 42 photographs mounted as pages in a book about the size of a match folder. When the pages are riffled, action of the subject is reproduced. No other lights are needed because the speed lights have built-in modeling lamps that go off when the camera is operating. Operation is automatic once the starter button is pressed.