Cameras go round in circles to take pictures for two fairs (Apr, 1964) 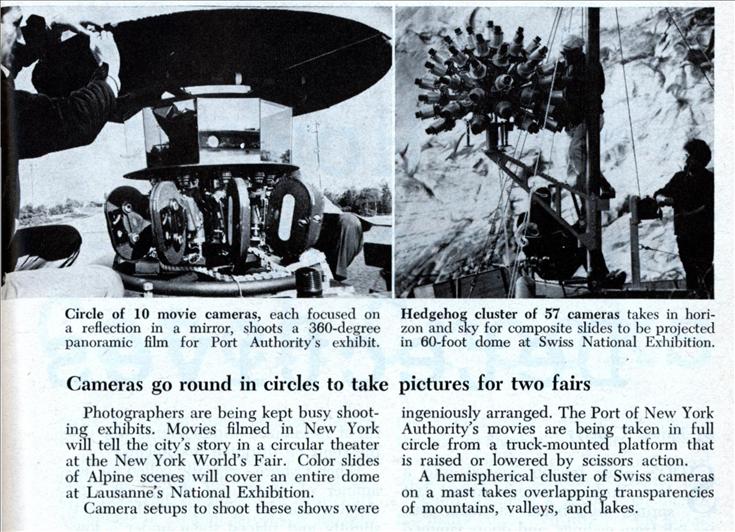 Cameras go round in circles to take pictures for two fairs

Photographers are being kept busy shooting exhibits. Movies filmed in New York will tell the city’s story in a circular theater at the New York World’s Fair. Color slides of Alpine scenes will cover an entire dome at Lausanne’s National Exhibition.

Camera setups to shoot these shows were ingeniously arranged. The Port of New York-Authority’s movies are being taken in full circle from a truck-mounted platform that is raised or lowered by scissors action.

A hemispherical cluster of Swiss cameras on a mast takes overlapping transparencies of mountains, valleys, and lakes.