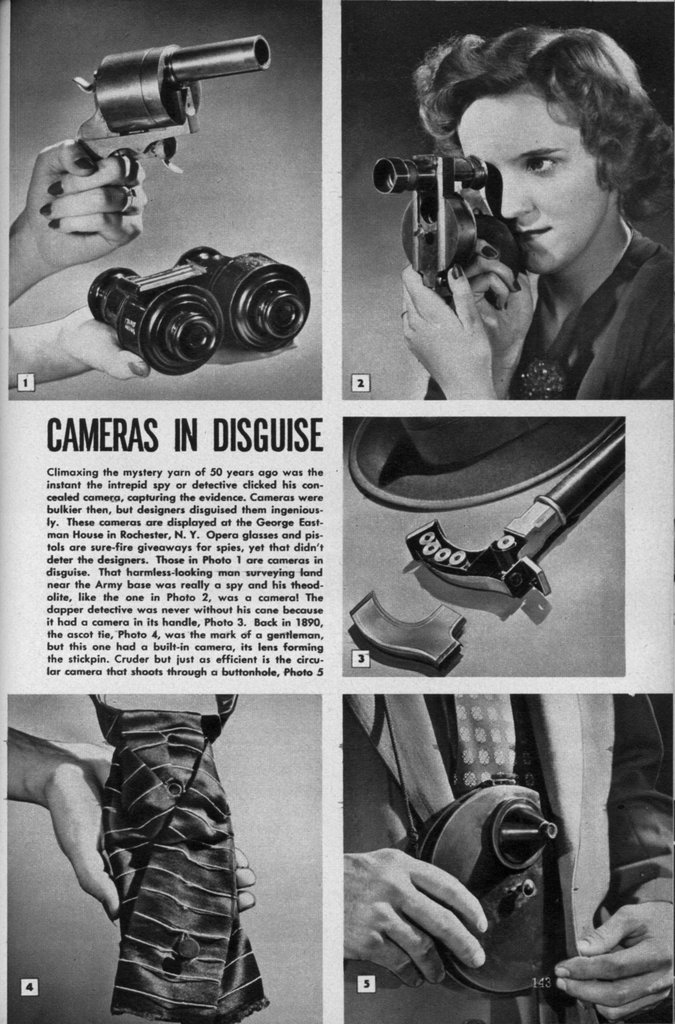 Climaxing the mystery yarn of 50 years ago was the instant the intrepid spy or detective clicked his concealed camera, capturing the evidence. Cameras were bulkier then, byt designers disguised them ingeniously. These cameras are displayed at the George Eastman House in Rochester, N.Y. Opera glasses and pistols are sure-fire giveaways for spies, yet that didn’t deter the designers. Those in Photo 1 are cameras in disguise. That harmless-looking man surveying land near the Army base was really a spy and his thotolite, like te one in Photo 2, was a camera! The dapper detective was never without his cane because it had a camera in its handle, Photo 3. Back in 1890, the ascot tie, Photo 4, was the mark of a gentleman, but this one had a built-in camera, its lense forming the stickpin. Cruder but just as efficient is the circular camera that shoots through a buttonhole, Photo 5.