Camouflaged Bat Bewilders the Pitcher, But Gets Banned (Jul, 1932) 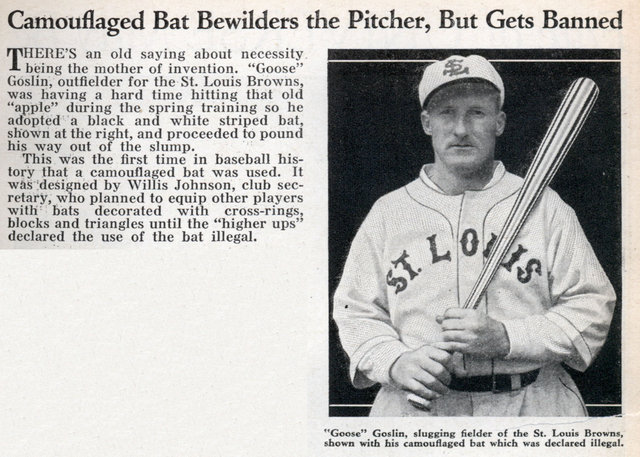 Camouflaged Bat Bewilders the Pitcher, But Gets Banned

THERE’S an old saying about necessity, being the mother of invention. “Goose” Goslin, outfielder for the St. Louis Browns, was having a hard time hitting that old “apple” during the spring training so he adopted a black and white striped bat, shown at the right, and proceeded to pound his way out of the slump.

This was the first time in baseball history that a camouflaged bat was used. It was designed by Willis Johnson, club secretary, who planned to equip other players with bats decorated with cross-rings, blocks and triangles until the “higher ups” declared the use of the bat illegal.