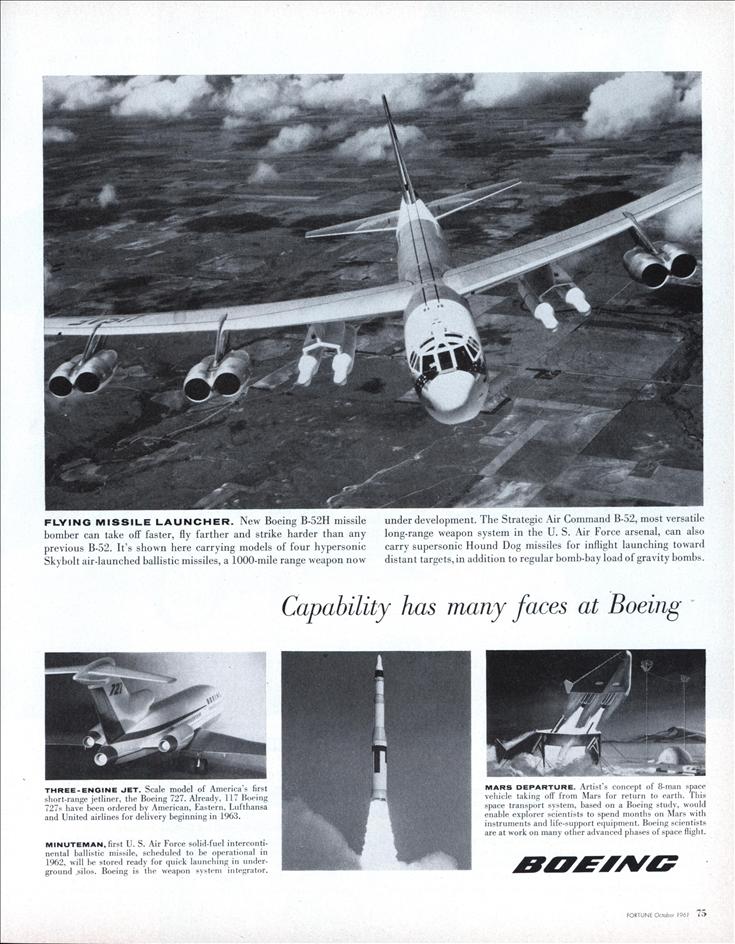 MINUTEMAN, first U.S. Air Force solid-fuel intercontinental ballistic missile, scheduled to be operational in 1962, will be stored ready for quick launching in underground silos. Boeing is the weapon system integrator.

MARS DEPARTURE. Artist’s concept of 8-man space vehicle taking off from Mars for return to earth. This space transport system, based on a Boeing study, would enable explorer scientists to spend months on Mars with instruments and life-support equipment. Boeing scientists are at work on many other advanced phases of space flight.