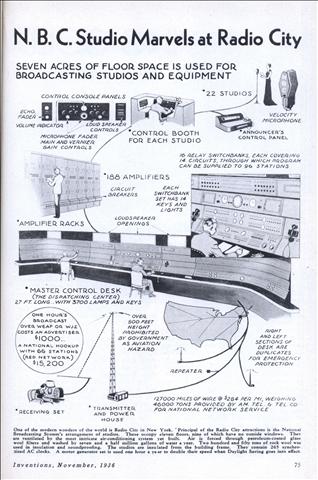 One of the modern wonders of the world is Radio City in New York. ‘ Principal of the Radio City attractions is the National Broadcasting System’s arrangement of studios. These occupy eleven floors, nine of which have no outside windows. They are ventilated by the most intricate air-conditioning system yet built. Air is forced through petroleum-coated glass wool filters and washed by seven and a half million gallons of water a year. 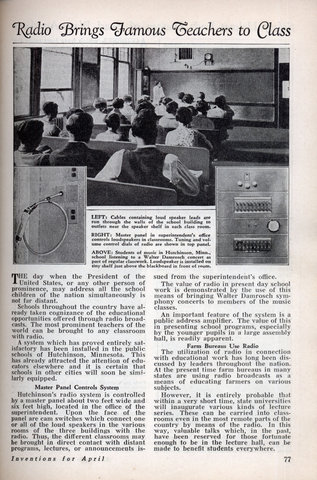 THE day when the President of the United States, or any other person of prominence, may address all the school children of the nation simultaneously is not far distant.

Schools throughout the country have already taken cognizance of the educational opportunities offered through radio broadcasts. The most prominent teachers of the world can be brought to any classroom with radio. 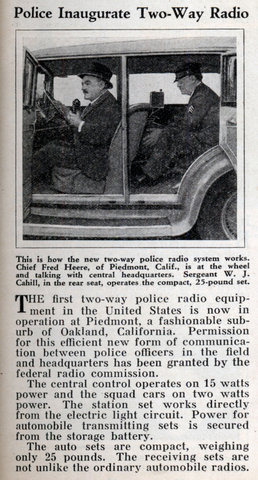 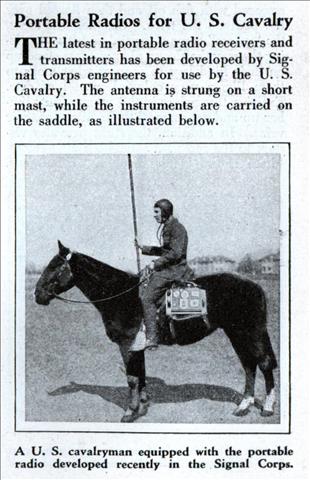 Portable Radios for U. S. Cavalry
THE latest in portable radio receivers and transmitters has been developed by Signal Corps engineers for use by the U. S. Cavalry. The antenna is strung on a short mast, while the instruments are carried on the saddle, as illustrated below. 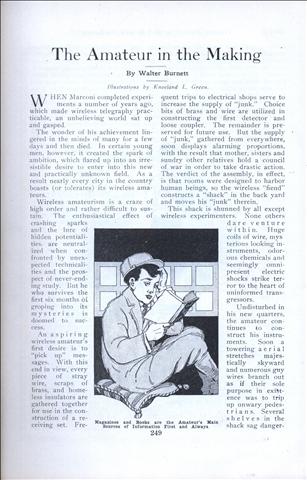 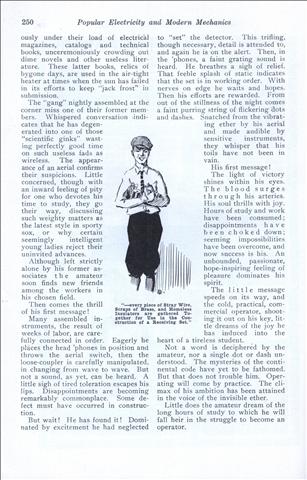 Super Radio Set Will Tune In Any Of World’s Programs (Aug, 1936) 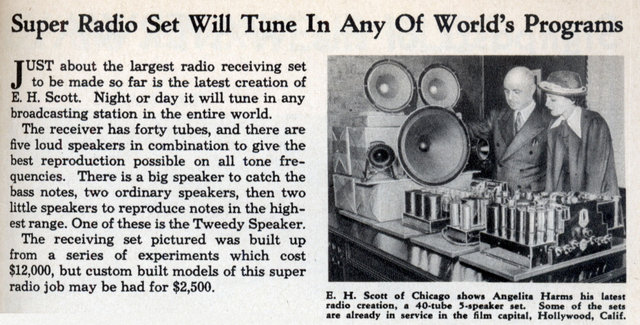 Super Radio Set Will Tune In Any Of World’s Programs

JUST about the largest radio receiving set to be made so far is the latest creation of E. H. Scott. Night or day it will tune in any broadcasting station in the entire world

The receiver has forty tubes, and there are five loud speakers in combination to give the best reproduction possible on all tone frequencies.

The mystery constructor is wearing a mask? Huh? 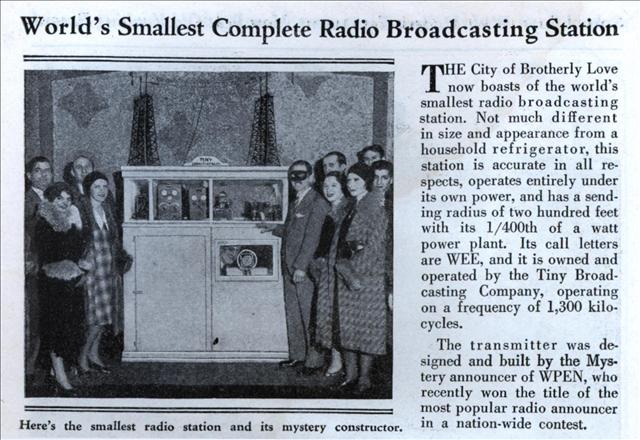 THE City of Brotherly Love now boasts of the world’s smallest radio broadcasting station. Not much different in size and appearance from a household refrigerator, this station is accurate in all respects, operates entirely under its own power, and has a sending radius of two hundred feet with its 1/400th of a watt power plant. Its call letters are WEE, and it is owned and operated by the Tiny Broadcasting Company, operating on a frequency of 1,300 kilocycles.

The transmitter was designed and built by the Mystery announcer of WPEN, who recently won the title of the most popular radio announcer in a nation-wide contest. 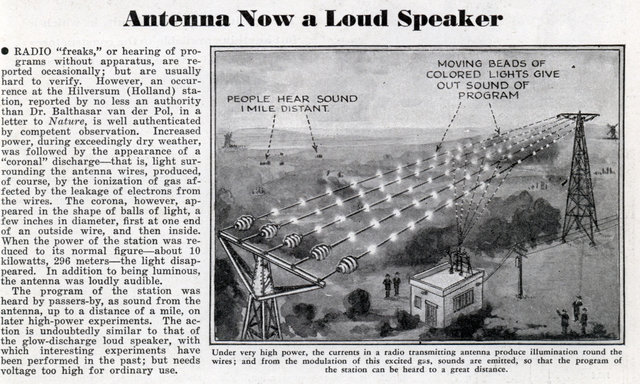 RADIO “freaks” or hearing of programs without apparatus, are reported occasionally; but are usually hard to verify. However, an occurrence at the Hilversum (Holland) station, reported by no less an authority than Dr. Balthasar van der Pol, in a letter to Nature, is well authenticated by competent observation. 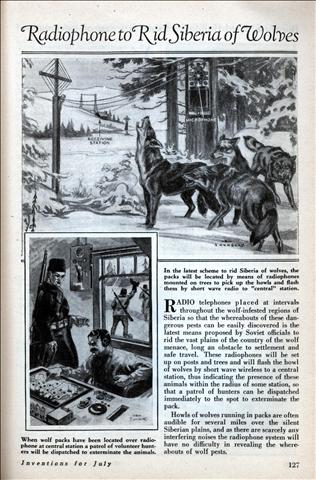 Radiophone to Rid Siberia of Wolves

RADIO telephones placed at intervals throughout the wolf-infested regions of Siberia so that the whereabouts of these dangerous pests can be easily discovered is the latest means proposed by Soviet officials to rid the vast plains of the country of the wolf menace, long an obstacle to settlement and safe travel. 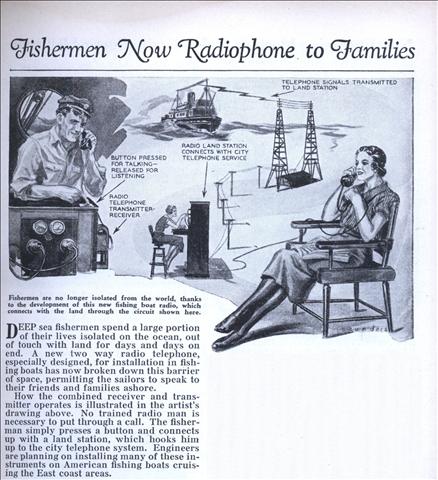 DEEP sea fishermen spend a large portion of their lives isolated on the ocean, out of touch with land for days and days on end. A new two way radio telephone, especially designed, for installation in fishing boats has now broken down this barrier of space, permitting the sailors to speak to their friends and families ashore.

How the combined receiver and transmitter operates is illustrated in the artist’s drawing above. No trained radio man is necessary to put through a call. The fisherman simply presses a button and connects up with a land station, which hooks him up to the city telephone system. Engineers are planning on installing many of these instruments on American fishing boats cruising the East coast areas.