There’s Music in the Air for Airplane Travelers (Apr, 1940) 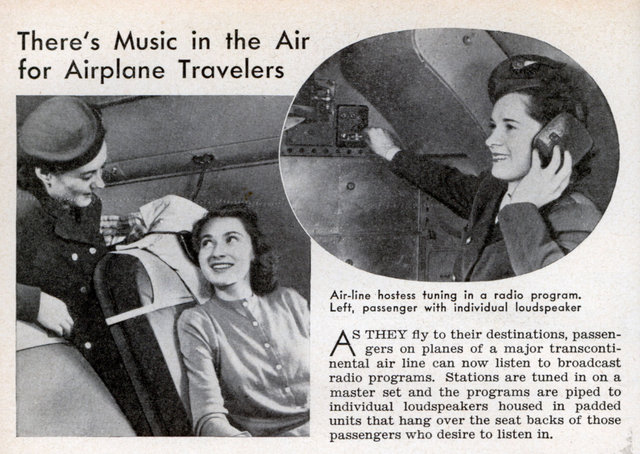 There’s Music in the Air for Airplane Travelers
AS THEY fly to their destinations, passengers on planes of a major transcontinental air line can now listen to broadcast radio programs. Stations are tuned in on a master set and the programs are piped to individual loudspeakers housed in padded units that hang over the seat backs of those passengers who desire to listen in.

I’ve always loved that the Heaviside Layer sounds like the name describes its properties, but was actually just discovered by a guy named Heaviside. Obviously it confused the writer or editor of this piece because they spelled it “Heavyside”. I wonder if there is a term for eponyms that sound like they are descriptive words. 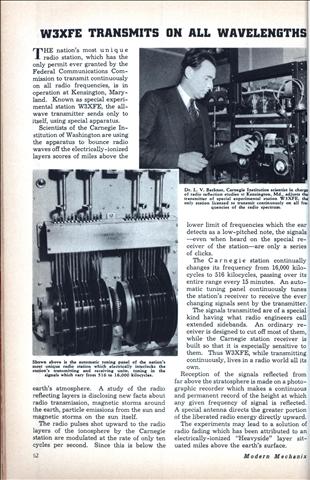 W3XFE TRANSMITS ON ALL WAVELENGTHS

THE nation’s most unique radio station, which has the only permit ever granted by the Federal Communications Commission to transmit continuously on all radio frequencies, is in operation at Kensington, Maryland. Known as special experimental station W3XFE, the all-wave transmitter sends only to itself, using special apparatus. 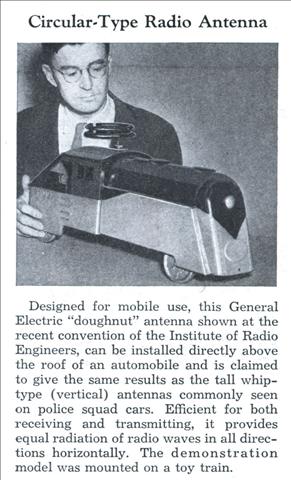 Designed for mobile use, this General Electric “doughnut” antenna shown at the recent convention of the Institute of Radio Engineers, can be installed directly above the roof of an automobile and is claimed to give the same results as the tall whip-type (vertical) antennas commonly seen on police squad cars. Efficient for both receiving and transmitting, it provides equal radiation of radio waves in all directions horizontally. The demonstration model was mounted on a toy train. 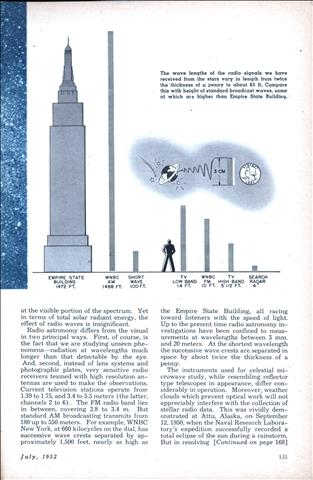 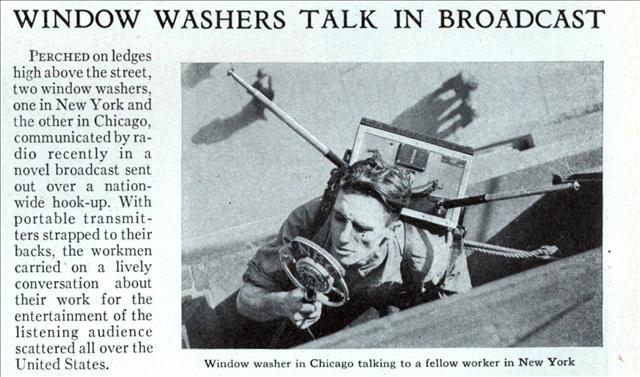 WINDOW WASHERS TALK IN BROADCAST
Perched on ledges high above the street, two window washers, one in New York and the other in Chicago, communicated by radio recently in a novel broadcast sent out over a nationwide hook-up. With portable transmitters strapped to their backs, the workmen carried on a lively conversation about their work for the entertainment of the listening audience scattered all over the United States.

Besides the obvious impracticality of broadcast power the “one frequency per person” cell phone service is totally unfeasible. Car phones worked using one frequency per call (not receiver) up until cell phones came out, but it was able to handle about 30 simultaneous calls per city.

The idea that your calls are safe from eavesdropping because you have a specially tuned radio is also incredibly naive. All you’d need was a general radio with a tuner and you could listen to all the calls. 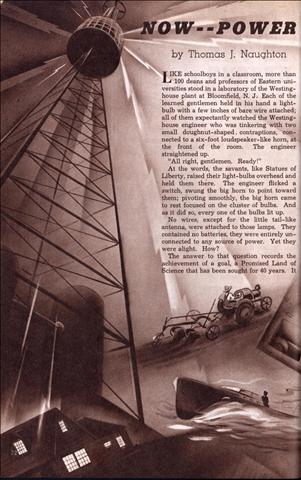 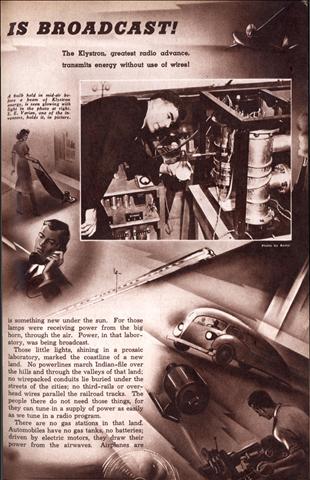 The Klystron, greatest radio advance, transmits energy without use of wires!

LIKE schoolboys in a classroom, more than 100 deans and professors of Eastern universities stood in a laboratory of the Westing-house plant at Bloomfield, N. J. Each of the learned gentlemen held in his hand a light-bulb with a few inches of bare wire attached; all of them expectantly watched the Westing-house engineer who was tinkering with two small doughnut-shaped, contraptions, connected to a six-foot loudspeaker-like horn, at the front of the room. The engineer straightened up. 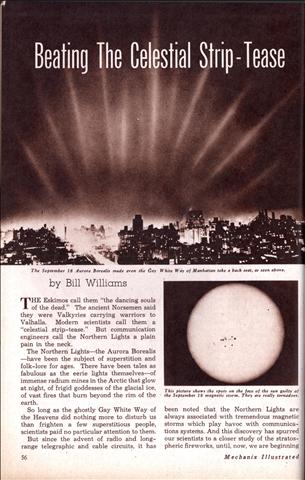 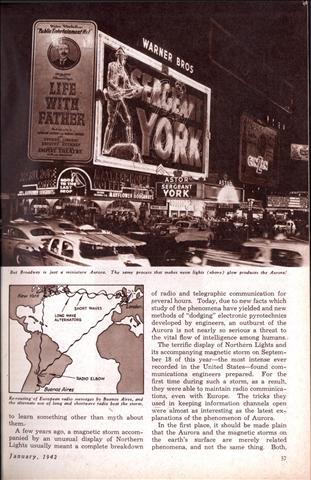 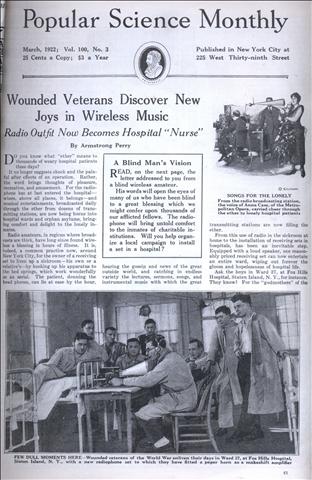 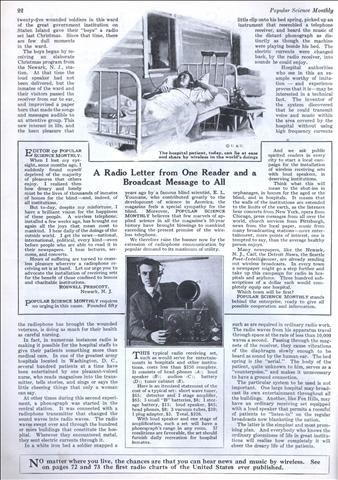 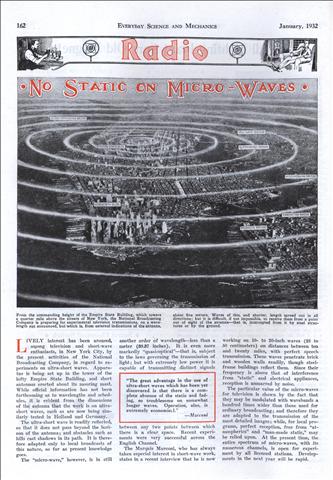 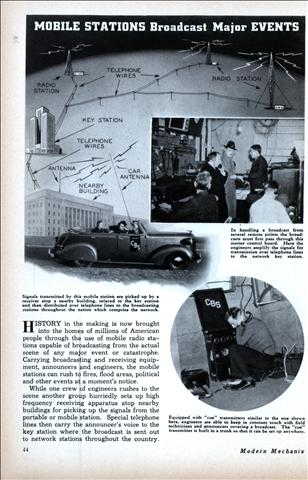