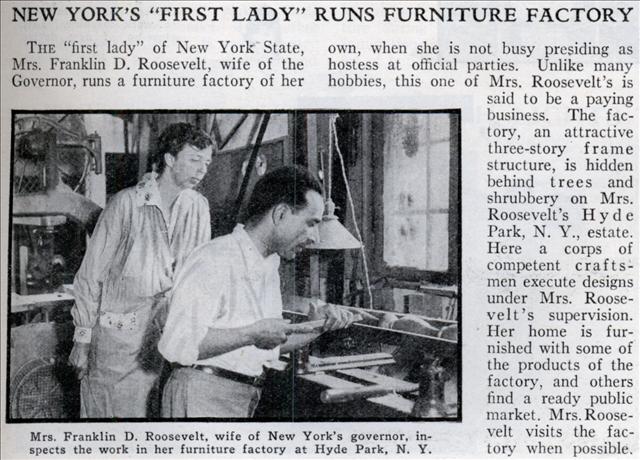 The “first lady” of New York State, Mrs. Franklin D. Roosevelt, wife of the Governor, runs a furniture factory of her own, when she is not busy presiding as hostess at official parties. Unlike many hobbies, this one of Mrs. Roosevelt’s is said to be a paying business. The factory, an attractive three-story frame structure, is hidden behind trees and shrubbery on Mrs. Roosevelt’s Hyde Park, N. Y., estate. Here a corps of competent craftsmen execute designs under Mrs. Roosevelt’s supervision. Her home is furnished with some of the products of the factory, and others find a ready public market. Mrs. Roosevelt visits the factory when possible. 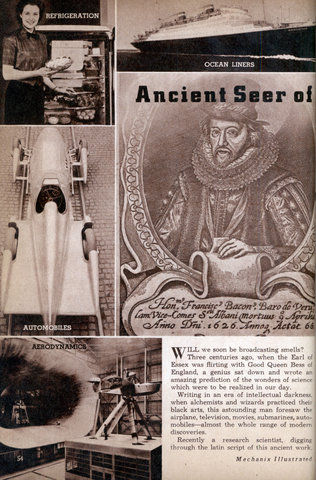 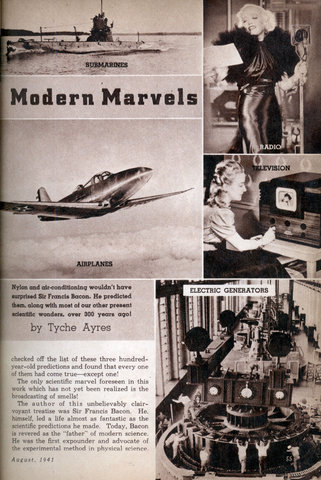 IN the near future, we are told, no one will walk at all. As a further step-saver, here is Amelia Earhart with her new 15-mile-an-hour vehicle at Burbank, California. 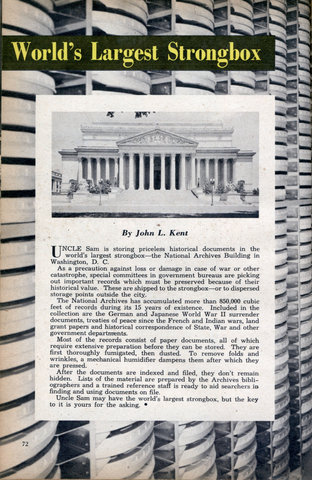 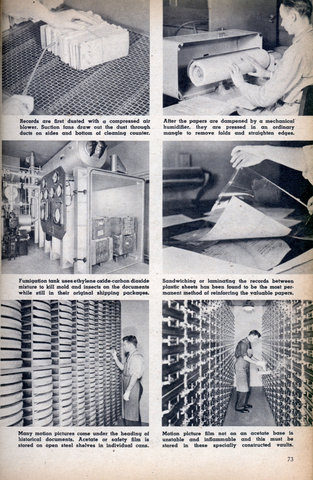 As a precaution against loss or damage in case of war or other catastrophe, special committees in government bureaus are picking out important records which must be preserved because of their historical value. These are shipped to the strongboxâ€”or to dispersed storage points outside the city.

This was a remarkably progressive law for 1961. Texas enforced it’s anti-sodomy laws up until 2003 when a 6-3 decision of the supreme court ruled them unconstitutional.

Private sex acts of any nature between consenting adults, says Illinois. are no longer illegal. By Donald Webster Cory and John P. LeRoy

Mr. Cory is the well-known author of “The Homosexual in America” and editor of “Homosexuality: A Cross-Cultural Approach.”
Mr. LeRoy is a free-lance writer.

The laws under which American men and women are regulated in their sexual behavior and are punished for sexual transgressions are written in the 50 different state penal codes of the United States and are interpreted in the courts of 50 states.

This is a contemporary account of the discovery of Pluto. At the time it had not yet been named. The article lists Atlas, Prometheus, and Pluto as suggested possibilities. 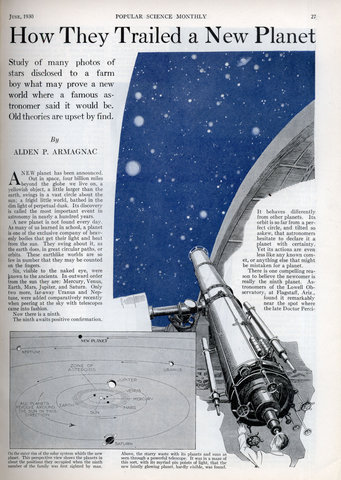 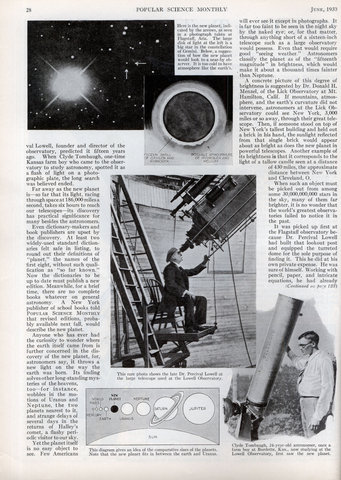 How They Trailed a New Planet

Study of many photos of stars disclosed to a farm boy what may prove a new world where a famous astronomer said it would be. Old theories are upset by find.

A NEW planet has been announced. Out in space, four billion miles beyond the globe we live on, a yellowish object, a little larger than the earth, swings in a vast circle about the sun; a frigid little world, bathed in the dim light of perpetual dusk. Its discovery is called the most important event in astronomy in nearly a hundred years.

A new planet is not found every day. As many of us learned in school, a planet is one of the exclusive company of heavenly bodies that get their light and heat from the sun. They swing about it, as the earth does, in great circular paths, or orbits. These earthlike worlds are so few in number that they may be counted on the fingers. 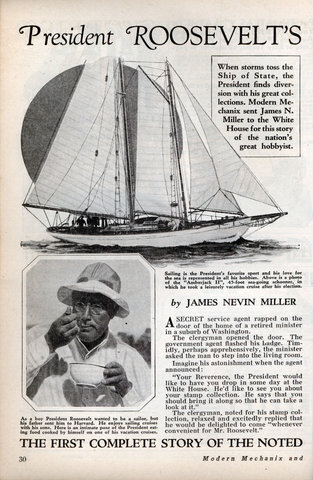 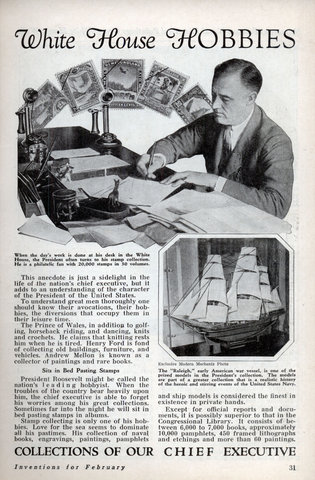 Popular Science
Issue: May, 1929
Posted in: History, Science
2 Comments on Eclipse to Check Einstein (May, 1929) 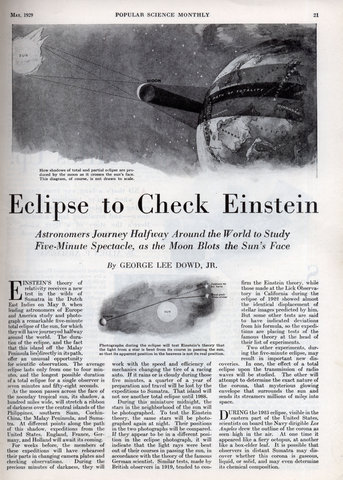 Astronomers Journey Halfway Around the World to Study Five-Minute Spectacle, as the Moon Blots the Sun’s Face

EINSTEIN’S theory of relativity receives a new test in the wilds of Sumatra in the Dutch East Indies on May 9, when leading astronomers of Europe and America study and photograph a remarkable five-minute total eclipse of the sun, for which they will have journeyed halfway around the world. The duration of the eclipse, and the fact that this island off the Malay Peninsula lies directly in its path, offer an unusual opportunity for scientific observation. The average eclipse lasts only from one to four minutes, and the longest possible duration of a total eclipse for a single observer is seven minutes and fifty-eight seconds. 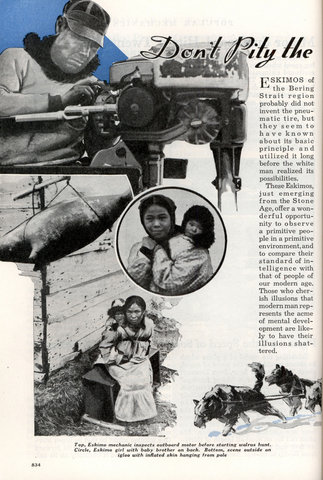 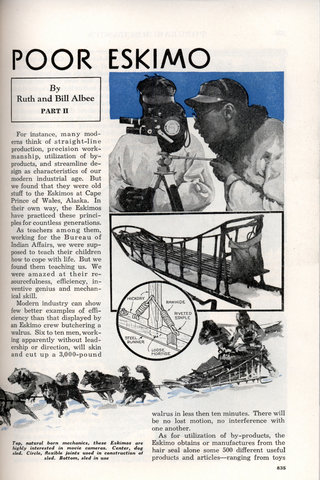 ESKIMOS of the Bering Strait region probably did not invent the pneumatic tire, but they seem to have known about its basic principle and utilized it long before the white man realized its possibilities.

These Eskimos, just emerging from the Stone Age, offer a wonderful opportunity to observe a primitive people in a primitive environment, and to compare their standard of intelligence with that of people of our modern age. Those who cherish illusions that modern man represents the acme of mental development are likely to have their illusions shattered. 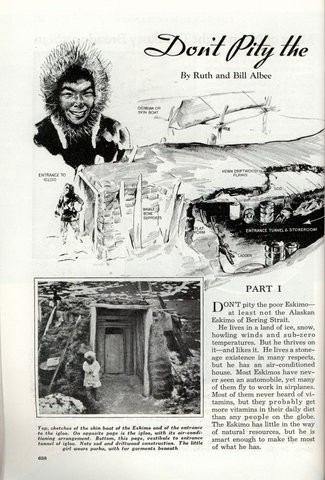 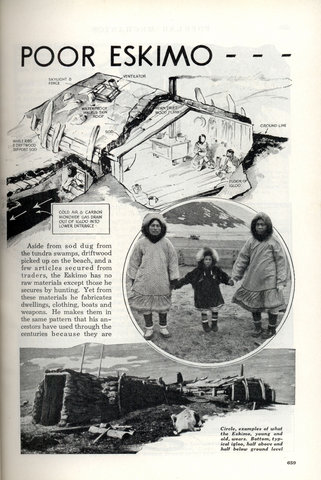 DON’T pity the poor Eskimo â€” at least not the Alaskan Eskimo of Bering Strait.

He lives in a land of ice, snow, howling winds and sub-zero temperatures. But he thrives on itâ€”and likes it. He lives a stone-age existence in many respects, but he has an air-conditioned house. Most Eskimos have never seen an automobile, yet many of them fly to work in airplanes. Most of them never heard of vitamins, but they probably get more vitamins in their daily diet than any people on the globe. The Eskimo has little in the way of natural resources, but he is smart enough to make the most of what he has.