Monster. Is that a technical term?

MONOZYGOTIC TWINS. Twins which develop from one fertilized egg and therefore have identical inherited characteristics.

MONS VENERIS. The pubic mound; the slight prominence above the female vulva that is covered with pubic hair.

MONSTER. A child born grossly malformed; most do not survive. 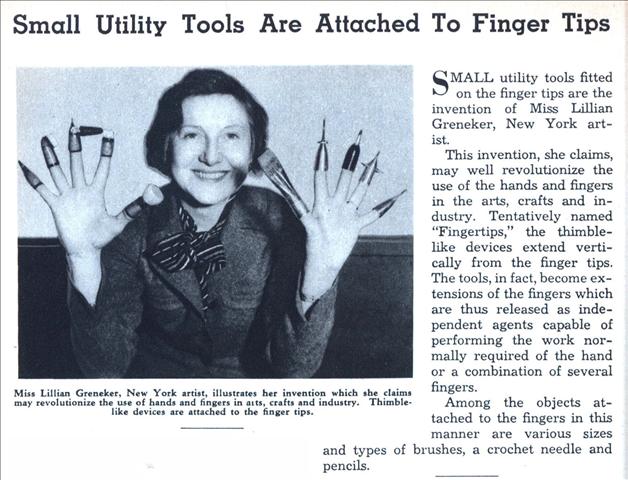 This invention, she claims, may well revolutionize the use of the hands and fingers in the arts, crafts and industry.

There is definitely a joke about mustache rides in here somewhere. 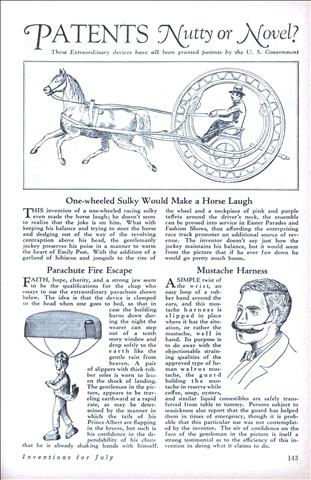 These Extraordinary devices hare all been granted patents by the U. S. Government

THIS invention of a one-wheeled racing sulky even made the horse laugh; he doesn’t seem to realize that the joke is on him. What with keeping his balance and trying to steer the horse and dodging out of the way of the revolving contraption above his head, the gentlemanly jockey preserves his poise in a manner to warm the heart of Emily Post. With the addition of a garland of hibiscus and jonquils to the rim of 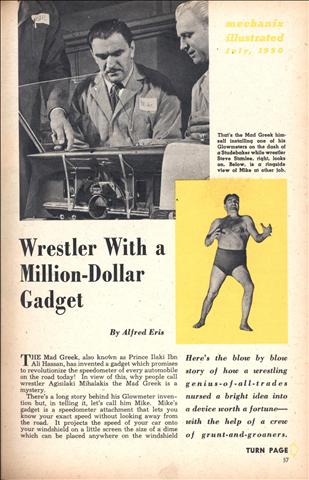 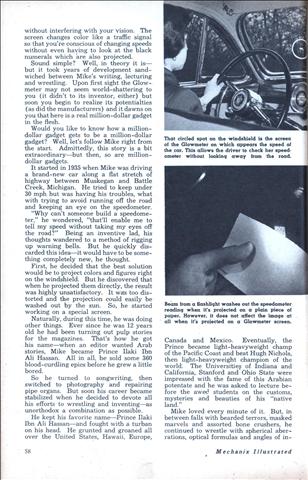 There’s a long story behind his Glowmeter invention but, in telling it, let’s call him Mike. Mike’s gadget is a speedometer attachment that lets you know your exact speed without looking away from the road.

Actually she seems to be rather enjoying it. Remember fellas, if you want to hose down a random girl on the street, make sure her dress won’t wrinkle. Generally only a scientist can tell, thus the lab coat. 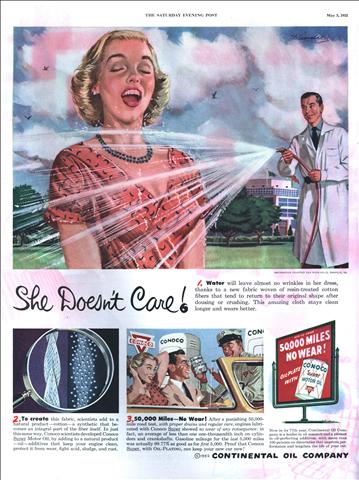 1. Water will leave almost no wrinkles in her dress, thanks to a new fabric woven of resin-treated cotton fibers that tend to return to their original shape after dousing or crushing. This amazing cloth stays clean longer and wears better.

2. Create this fabric, scientists add to a natural product—cotton—a synthetic that becomes an integral part of the fiber itself. In just this same way, Conoco scientists developed Conoco Super Motor Oil, by adding to a natural product —oil—additives that keep your engine clean, protect it from wear, fight acid, sludge, and rust. 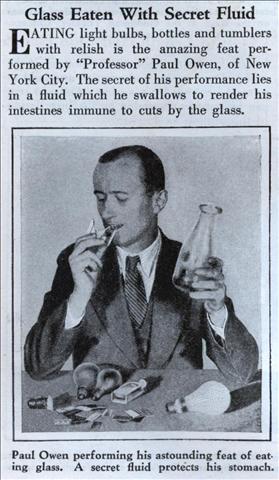 EATING light bulbs, bottles and tumblers with relish is the amazing feat performed by “Professor” Paul Owen, of New York City. The secret of his performance lies in a fluid which he swallows to render his intestines immune to cuts by the glass.

Modern Mechanix
Issue: Jul, 1929
Posted in: Advertisements, Just Weird
6 Comments on I Made This Promise (Jul, 1929)

I tried to OCR this, but my computer just started laughing at me. 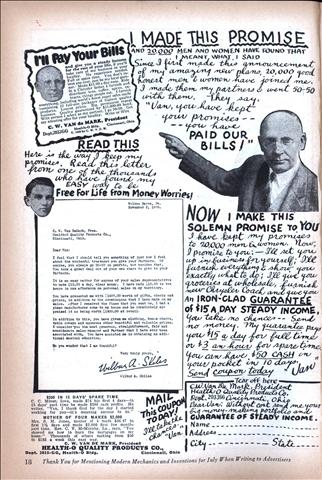 I’m sure someone told the ad agency to make the bread seem “modern” and “scientific” and in the fifties and sixties, that meant “put a rocket in it.” If you want to read a brilliant account of how the space race came to pervade advertising of the time, check out Megan Prellinger’s book Another Science Fiction: Advertising the Space Race 1957-1962

. I really enjoyed it. 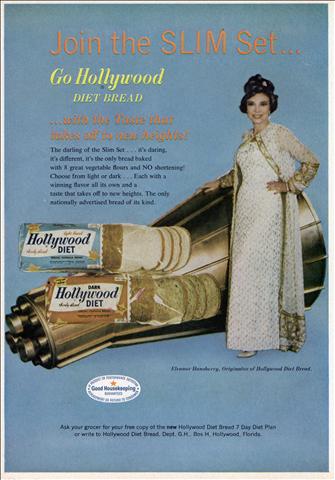 …with the Taste that takes off to new heights!

The darling of the Slim Set… it’s daring, it’s different, it’s the only bread baked with 8 great vegetable flours and NO shortening! Choose from light or dark… Each with a winning flavor all its own and a taste that takes off to new heights. The only nationally advertised bread of its kind.

The panel on the bottom left seems like a demonstration of making microwave popcorn. I have no idea what the ice was for. Perhaps to show that the popcorn wasn’t being heated?

Also, upper right panel, WTF? How does light make the apple move? Why does this involve a Rastus robot? 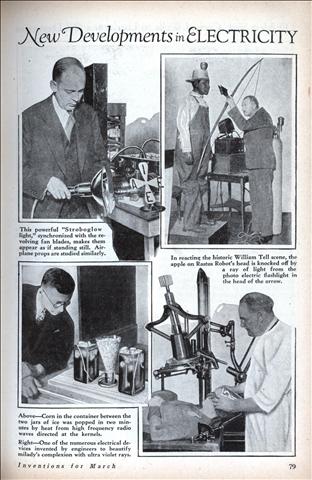 This powerful “Stroboglow light,” synchronized with the revolving fan blades, makes them appear as if standing still. Airplane props are studied similarly.

Above — Corn in the container between the two jars of ice was popped in two minutes by heat from high frequency radio waves directed at the kernels. 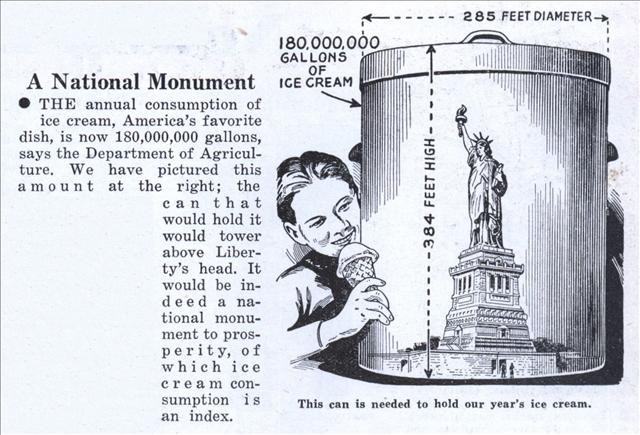 THE annual consumption of ice cream, America’s favorite dish, is now 180,000,000 gallons, says the Department of Agriculture. We have pictured this amount at the right; the can that would hold it would tower above Liberty’s head. It would be indeed a national monument to prosperity, of which ice cream consumption is an index.