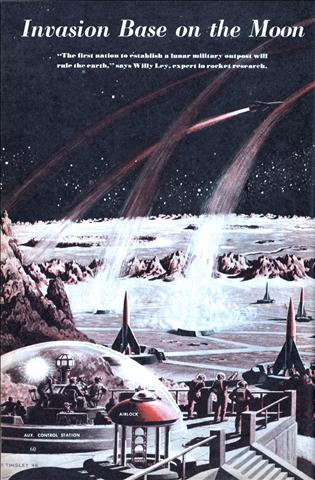 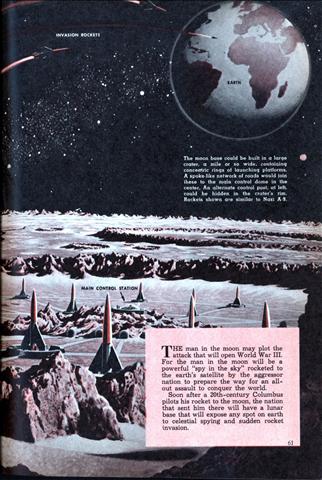 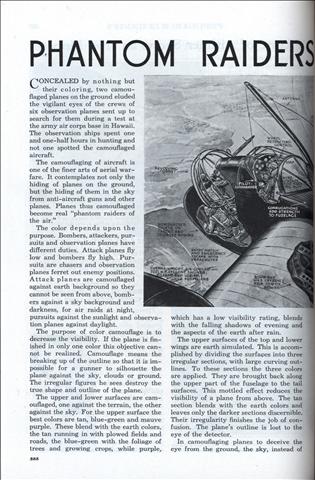 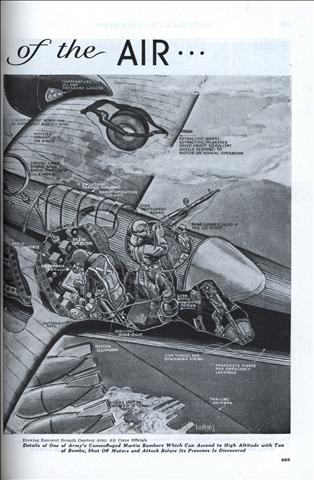 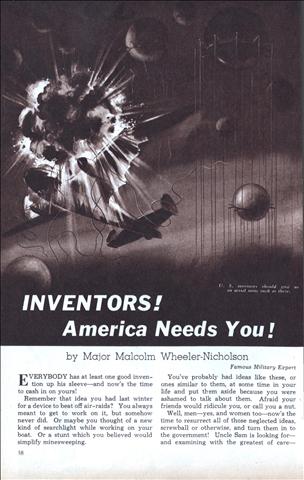 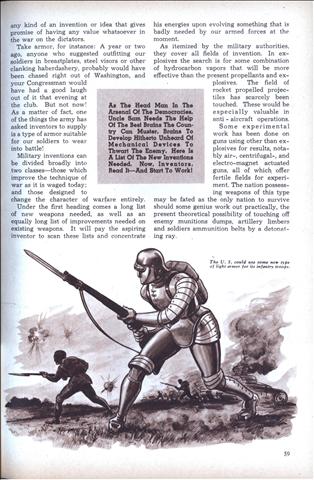 Famous Military Expert EVERYBODY has at least one good invention up his sleeve—and now’s the time to cash in on yours!

Remember that idea you had last winter for a device to beat off air-raids? You always meant to get to work on it, but somehow never did. Or maybe you thought of a new kind of searchlight while working on your boat. Or a stunt which you believed would simplify minesweeping.

You’ve probably had ideas like these, or ones similar to them, at some time in your life and put them aside because you were ashamed to talk about them. Afraid your friends would ridicule you, or call you a nut.

National Geographic
Issue: Apr, 1918
Posted in: Advertisements, War
No Comments on The Greatest Mother in the World (Apr, 1918) 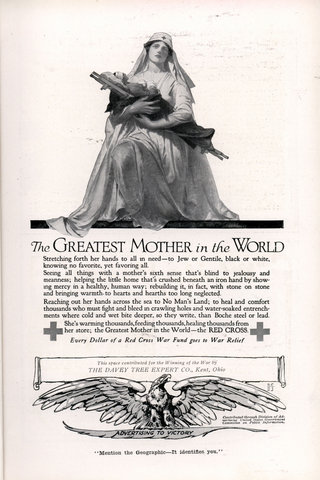 The Greatest Mother in the World

Stretching forth her hands to all in need—to Jew or Gentile, black or white, knowing no favorite, yet favoring all.

Seeing all things with a mother’s sixth sense that’s blind to jealousy and meanness; helping the little home that’s crushed beneath an iron hand by showing mercy in a healthy, human way; rebuilding it, in fact, with stone on stone and bringing warmth, to hearts and hearths too long neglected. 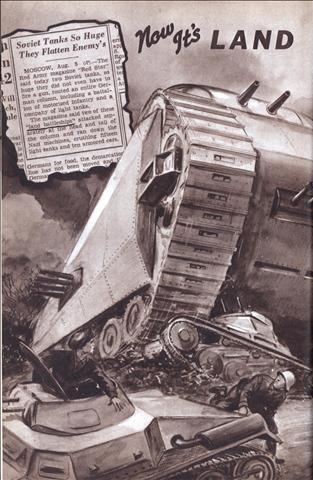 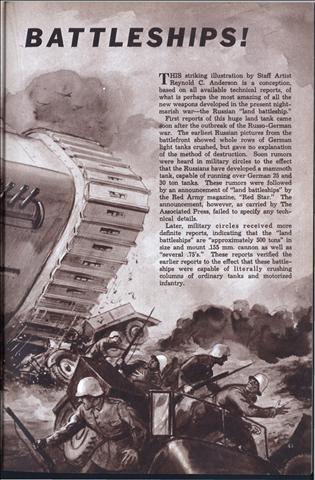 THIS striking illustration by Staff Artist Reynold C. Anderson is a conception, based on all available technical reports, of what is perhaps the most amazing of all the new weapons developed in the present nightmarish war—the Russian “land battleship.”

Every time I see the word “sabotage” I can’t help but hear it in William Shatner’s voice. 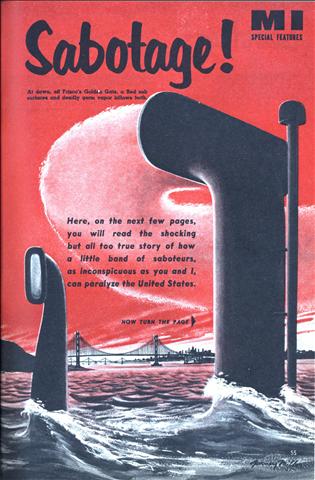 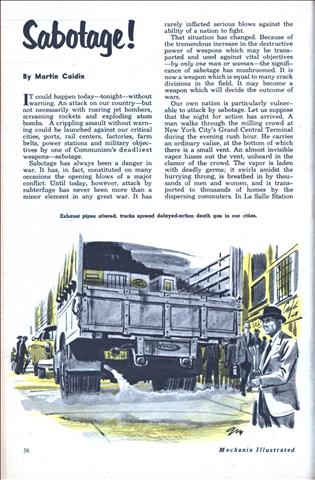 Here, on the next few pages, you will read the shocking but all too true story of how a little band of saboteurs, as inconspicuous as you and I, can paralyze the United States.

IT could happen today—tonight—without warning. An attack on our country—but not necessarily with roaring jet bombers, screaming rockets and exploding atom bombs. A crippling assault without warning could be launched against our critical cities, ports, rail centers, factories, farm belts, power stations and military objectives by one of Communism’s deadliest weapons—sabotage. 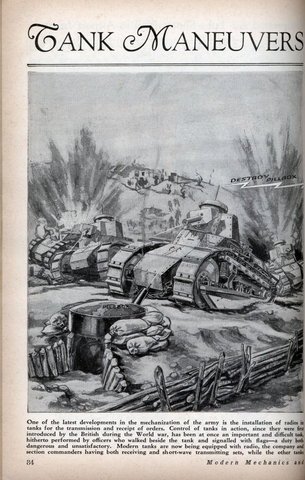 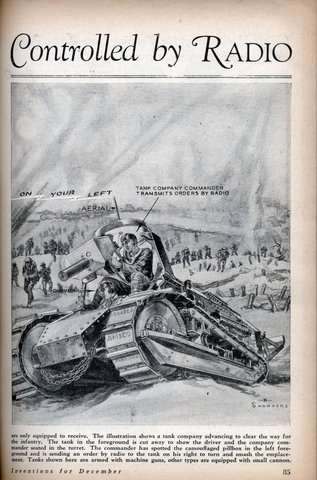 Developments in the mechanization of the army is the installation of radios in tanks for the transmission and receipt of orders. Control of tanks in action, since they were first introduced by the British during the World war, has been at once an important and difficult task, hitherto performed by officers who walked beside the tank and signalled with flags—a duty both dangerous and unsatisfactory.

So milk cures P.T.S.D? Someone should tell the Defense Department! 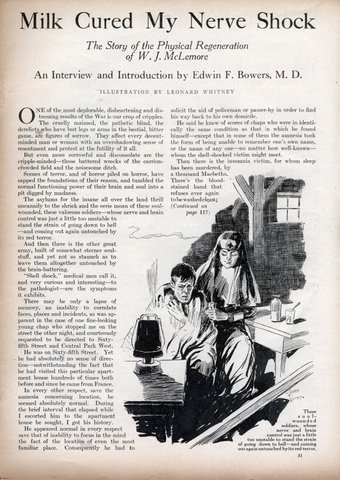 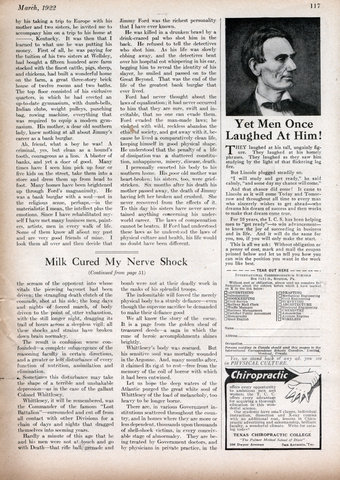 The Story of the Physical Regeneration of W. J. McLemore

ONE of the most deplorable, disheartening and distressing results of the War is our crop of cripples. The cruelly maimed, the pathetic blind, the derelicts who have lost legs or arms in the bestial, bitter game, are figures of sorrow. They affect every decent-minded man or woman with an overshadowing sense of resentment and protest at the futility of it all. 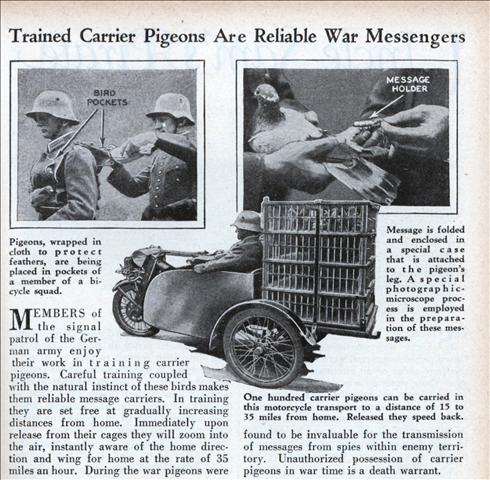 Members of the signal patrol of the German army enjoy their work in training carrier pigeons. Careful training coupled with the natural instinct of these birds makes them reliable message carriers. In training they are set free at gradually increasing distances from home. Immediately upon release from their cages they will zoom into the air, instantly aware of the home direction and wing for home at the rate of 35 miles an hour. During the war pigeons were found to be invaluable for the transmission of messages from spies within enemy territory. Unauthorized possession of carrier pigeons in war time is a death warrant.

Science Illustrated
Issue: Feb, 1947
Posted in: Sign of the Times, War
2 Comments on SCIENCE HAS NO NATIONALITY (Feb, 1947)

It’s true that science has no nationality, however I’m pretty sure that scientists do. It wasn’t just Nazi scientists the US gave safe harbor to. There were much worse people as well. 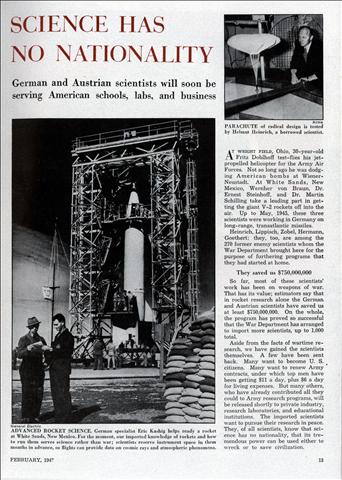 SCIENCE HAS NO NATIONALITY

German and Austrian scientists will soon be serving American schools, labs, and business At Wright field, Ohio, 30-year-old Fritz Doblhoff test-flies his jet-propelled helicopter for the Army Air Forces. Not so long ago he was dodging American bombs at Wiener-Neustadt. At White Sands, New Mexico, Wernher von Braun, Dr. Ernest Steinhoff, and Dr. Martin Schilling take a leading part in getting the giant V-2 rockets off into the air. Up to May, 1945, these three scientists were working in Germany on long-range, transatlantic missiles.