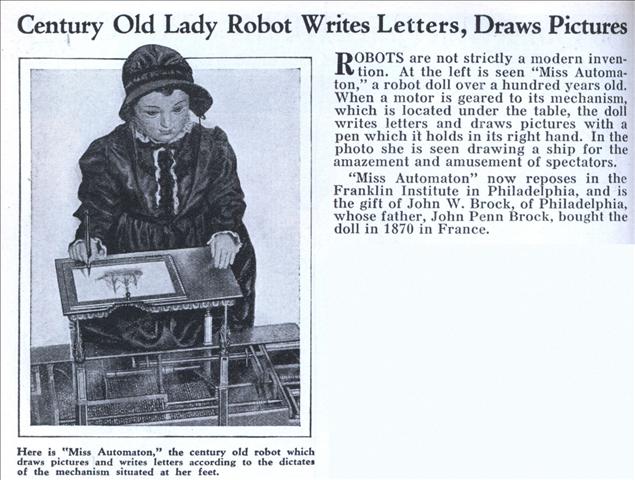 ROBOTS are not strictly a modern invention. At the left is seen “Miss Automaton,” a robot doll over a hundred years old. When a motor is geared to its mechanism, which is located under the table, the doll writes letters and draws pictures with a pen which it holds in its right hand. In the photo she is seen drawing a ship for the amazement and amusement of spectators.

“Miss Automaton” now reposes in the Franklin Institute in Philadelphia, and is the gift of John W. Brock, of Philadelphia, whose father, John Penn Brock, bought the doll in 1870 in France.