Champ Cuts Cigarette in Two to Show His Skill With Fly (Oct, 1930) 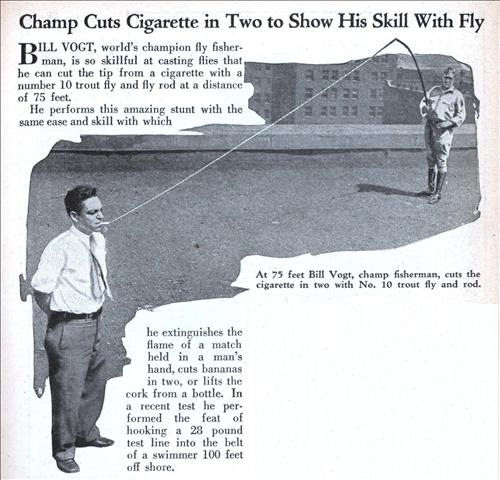 Champ Cuts Cigarette in Two to Show His Skill With Fly
BILL VOGT, world’s champion fly fisherman, is so skillful at casting flies that he can cut the tip from a cigarette with a number 10 trout fly and fly rod at a distance of 75 feet.

He performs this amazing stunt with the same ease and skill with which
he extinguishes the flame of a match held in a man’s hand, cuts bananas in two, or lifts the cork from a bottle. In a recent test he performed the feat of hooking a 28 pound test line into the belt of a swimmer 100 feet off shore.