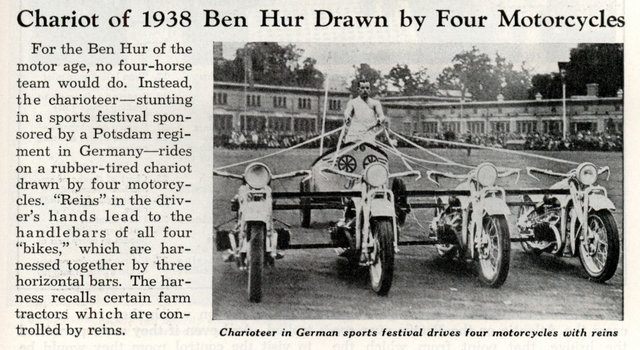 For the Ben Hur of the motor age, no four-horse team would do. Instead, the charioteerâ€”stunting in a sports festival sponsored by a Potsdam regiment in Germanyâ€”rides on a rubber-tired chariot drawn by four motorcycles. “Reins” in the driver’s hands lead to the handlebars of all four “bikes,” which are harnessed together by three horizontal bars. The har-ness recalls certain farm tractors which are controlled by reins.