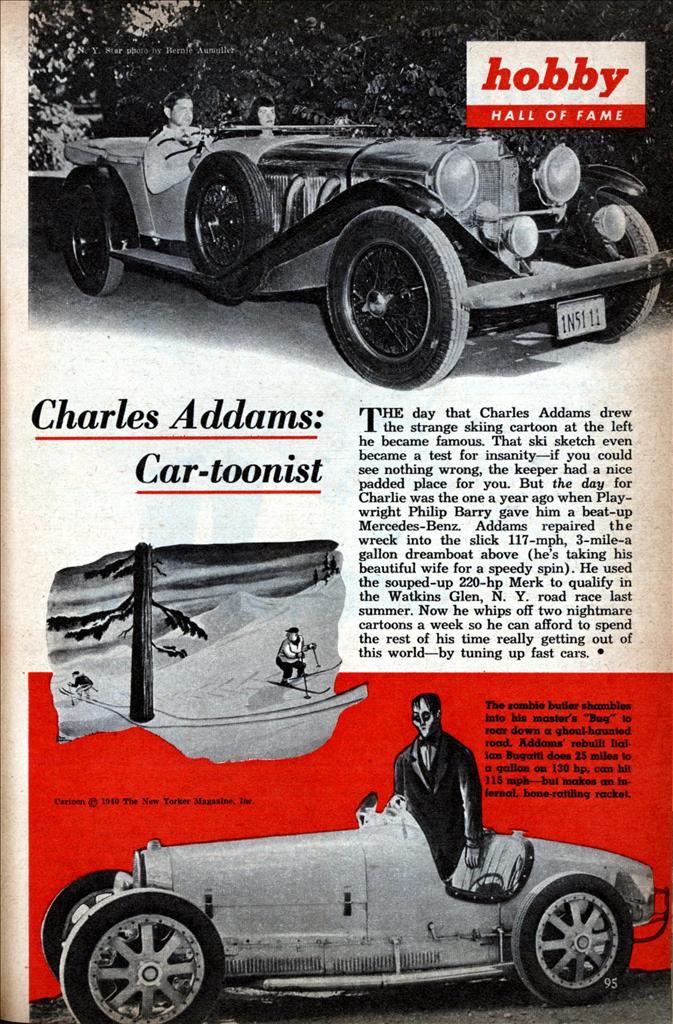 THE day that Charles Addams drew the strange skiing cartoon at the left he became famous. That ski sketch even became a test for insanity—if you could see nothing wrong, the keeper had a nice padded place for you. But the day for Charlie was the one a year ago when Playwright Philip Barry gave him a beat-up Mercedes-Benz. Addams repaired the wreck into the slick 117-mph, 3-mile-a gallon dreamboat above (he’s taking his beautiful wife for a speedy spin). He used the souped-up 220-hp Merk to qualify in the Watkins Glen, N. Y. road race last summer. Now he whips off two nightmare cartoons a week so he can afford to spend the rest of his time really getting out of this world—by tuning up fast cars. •