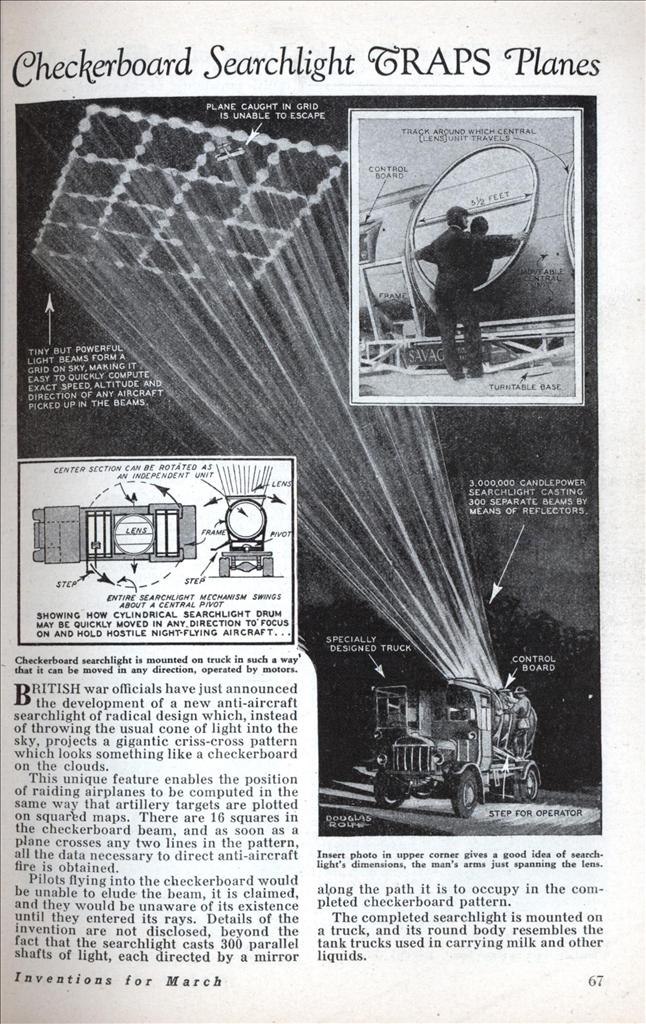 BRITISH war officials have just announced the development of a new anti-aircraft searchlight of radical design which, instead of throwing the usual cone of light into the sky, projects a gigantic criss-cross pattern which looks something like a checkerboard on the clouds.

This unique feature enables the position of raiding airplanes to be computed in the same way that artillery targets are plotted on squared maps. There are 16 squares in the checkerboard beam, and as soon as a plane crosses any two lines in the pattern, all the data necessary to direct anti-aircraft fire is obtained.

Pilots flying into the checkerboard would be unable to elude the beam, it is claimed, and they would be unaware of its existence until they entered its rays. Details of the invention are not disclosed, beyond the Tact that the searchlight casts 300 parallel shafts of light, each directed by a mirror
along the path it is to occupy in the completed checkerboard pattern.

The completed searchlight is mounted on a truck, and its round body resembles the tank trucks used in carrying milk and other liquids.