This is an example of the cigarette industry brilliantly portraying their own propaganda as conventional wisdom.

In the 1920’s it was considered inappropriate for women to smoke. Realizing that they could double their market the American Tobacco company hired a man named Edward Bernays to change that perception. Bernays, who is considered the father of the public relations industry, decided it would be effective to associate smoking with freedom and womens suffrage. He payed models to march in women’s rights parades smoking cigarettes and referring to them as “Torches of Freedom”. Then he made sure all of the major papers and magazines noted this fact and prominently featured pictures of them. An easy task since he worked for their biggest advertisers.

The cigarette industry spent a lot of money to associate women getting the vote with smoking and apparently it was still paying off handsomely a decade later.

If you want to learn more about this and a host of other topics relating to marketing, propaganda, public relations and the rise of consumer society you should check out the amazing BBC documentary series “The Century of Self” by Adam Curtis (available at the Internet Archive and Google Video). I found it be a very eye opening experience. 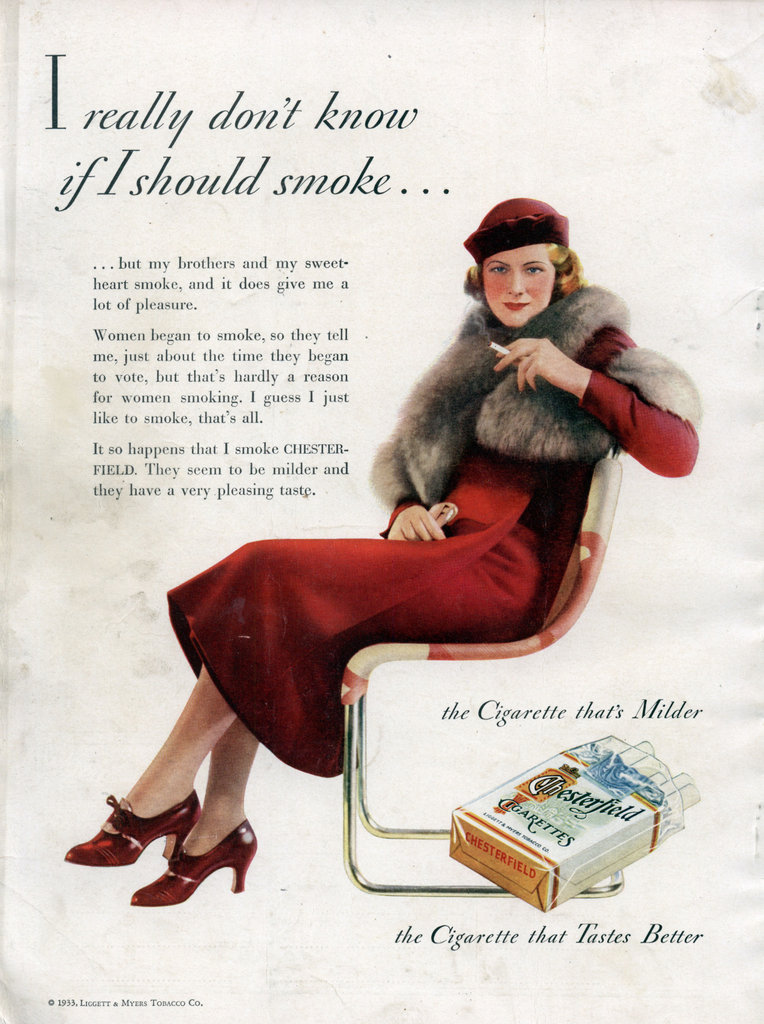 I really don’t know if I should smoke…

… but my brothers and my sweetheart smoke, and it does give me a lot of pleasure.
Women began to smoke, so they tell me, just about the time they began to vote, but that’s hardly a reason for women smoking. I guess I just like to smoke, that’s all.

It so happens that I smoke CHESTERFIELD. They seem to be milder and they have a very pleasing taste.