Wow, I had no idea this existed, it reminds me of the system they have at Disney World. It seems like a really useful idea for a big city. Apparently it went under, so to speak, in 1959. 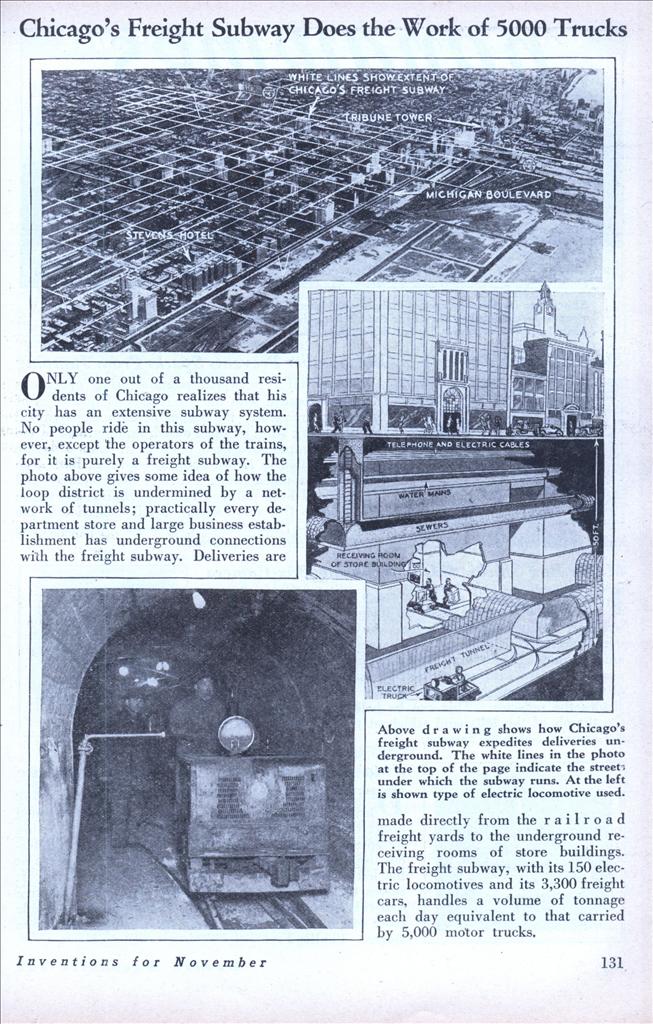 Chicago’s Freight Subway Does the Work of 5000 Trucks

ONLY one out of a thousand residents of Chicago realizes that his city has an extensive subway system. No people ride in this subway, however, except the operators of the trains, for it is purely a freight subway. The photo above gives some idea of how the loop district is undermined by a network of tunnels; practically every department store and large business establishment has underground connections with the freight subway. Deliveries are made directly from the railroad freight yards to the underground receiving rooms of store buildings. The freight subway, with its 150 electric locomotives and its 3,300 freight cars, handles a volume of tonnage each day equivalent to that carried by 5,000 motor trucks.