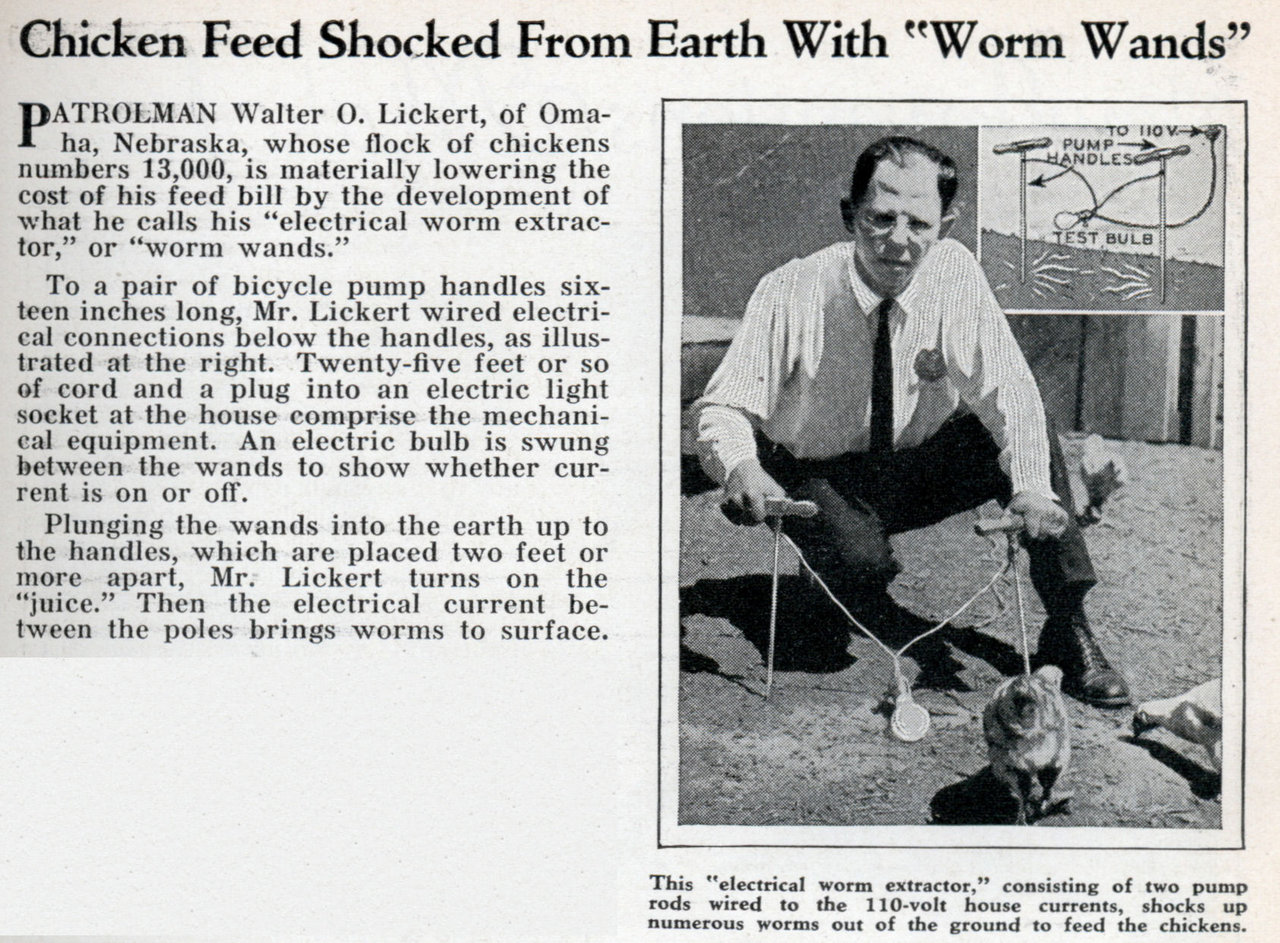 PATROLMAN Walter O. Lickert, of Omaha, Nebraska, whose flock of chickens numbers 13,000, is materially lowering the cost of his feed bill by the development of what he calls his “electrical worm extractor,” or “worm wands.”

To a pair of bicycle pump handles sixteen inches long, Mr. Lickert wired electrical connections below the handles, as illustrated at the right. Twenty-five feet or so of cord and a plug into an electric light socket at the house comprise the mechanical equipment. An electric bulb is swung between the wands to show whether current is on or off.

Plunging the wands into the earth up to the handles, which are placed two feet or more apart, Mr. Lickert turns on the “juice.” Then the electrical current between the poles brings worms to surface.