Modern Mechanix
Issue: Dec, 1936
Posted in: Architecture
4 Comments on Church Cut In Half To Make Way For New Street (Dec, 1936) 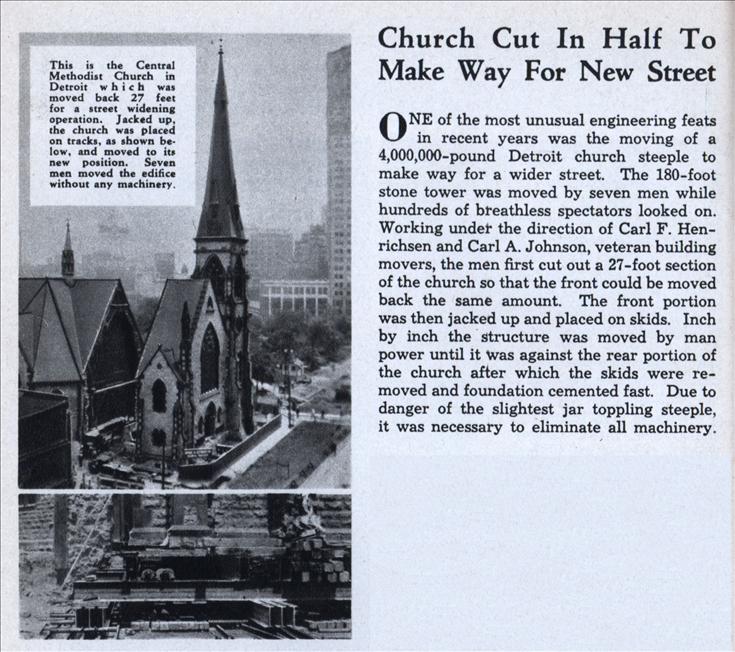 Church Cut In Half To Make Way For New Street

ONE of the most unusual engineering feats in recent years was the moving of a 4,000,000-pound Detroit church steeple to make way for a wider street. The 180-foot stone tower was moved by seven men while hundreds of breathless spectators looked on. Working under the direction of Carl F. Henrichsen and Carl A. Johnson, veteran building movers, the men first cut out a 27-foot section of the church so that the front could be moved back the same amount. The front portion was then jacked up and placed on skids. Inch by inch the Structure was moved by man power until it was against the rear portion of the church after which the skids were removed and foundation cemented fast. Due to danger of the slightest jar toppling steeple, it was necessary to eliminate all machinery.