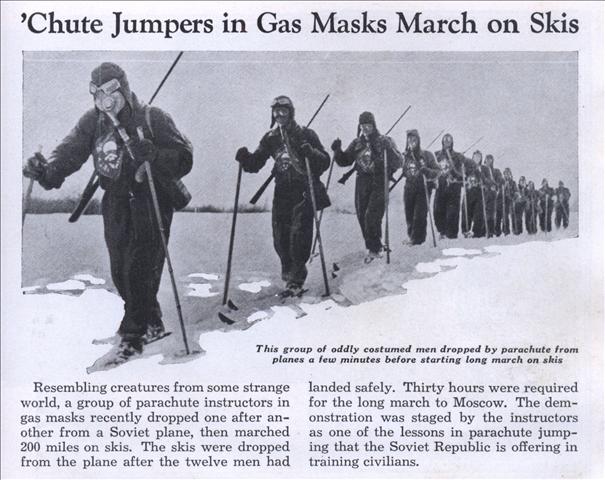 ‘Chute Jumpers in Gas Masks March on Skis
Resembling creatures from some strange world, a group of parachute instructors in gas masks recently dropped one after another from a Soviet plane, then marched 200 miles on skis. The skis were dropped from the plane after the twelve men had landed safely. Thirty hours were required for the long march to Moscow. The demonstration was staged by the instructors as one of the lessons in parachute jumping that the Soviet Republic is offering in training civilians.