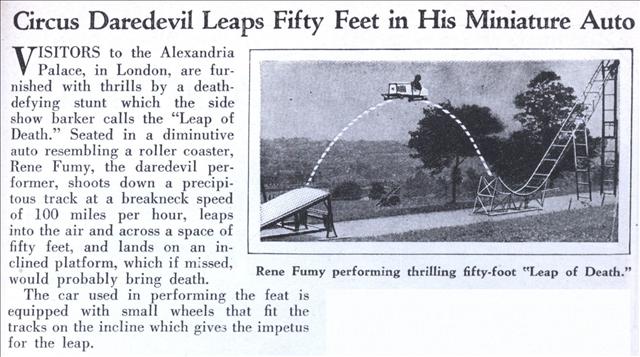 VISITORS to the Alexandria Palace, in London, are furnished with thrills by a death-defying stunt which the side show barker calls the “Leap of Death.” Seated in a diminutive auto resembling a roller coaster, Rene Fumy, the daredevil performer, shoots down a precipitous track at a breakneck speed of 100 miles per hour, leaps into the air and across a space of fifty feet, and lands on an inclined platform, which if missed, would probably bring death.

The car used in performing the feat is equipped with small wheels that fit the tracks on the incline which gives the impetus for the leap.