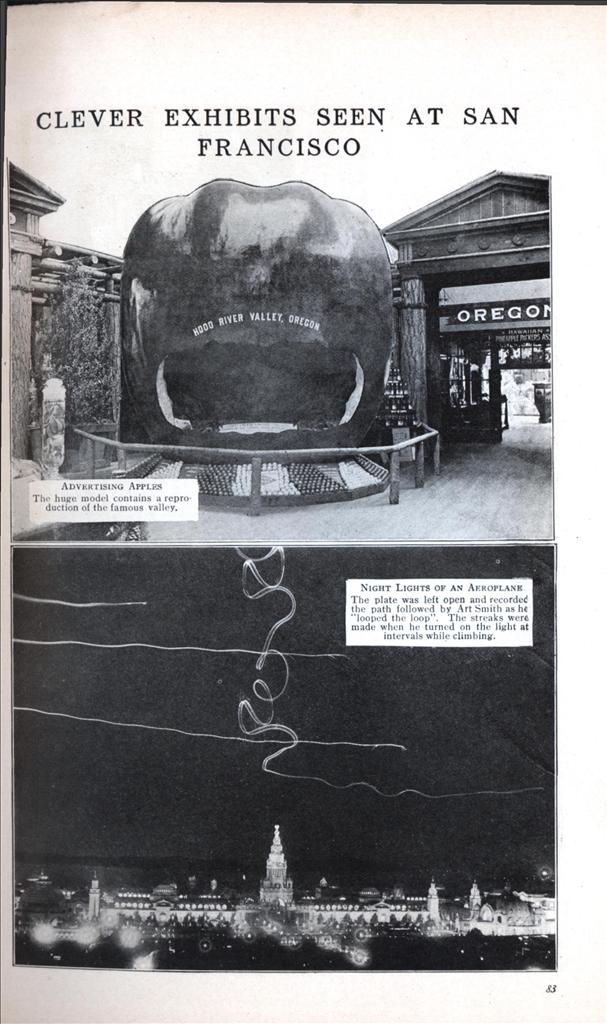 To Give an Idea of Logging
The exhibit was installed by a lumber company. The models were carefully prepared to give an exact idea of all the operations involved in cutting timber for the market.

A Living Wall of Sod
An ingenious gardener set a lawn up on end to produce the effect.

Advertising Canoes
Reproducing an actual boating scene adds to the effectiveness of the display.