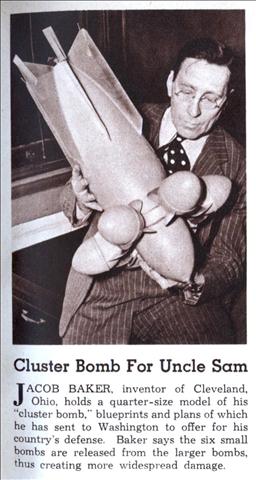 JACOB BAKER, inventor of Cleveland, Ohio, holds a quarter-size model of his “cluster bomb,” blueprints and plans of which he has sent to Washington to offer for his country’s defense. Baker says the six small bombs are released from the larger bombs, thus creating more widespread damage.