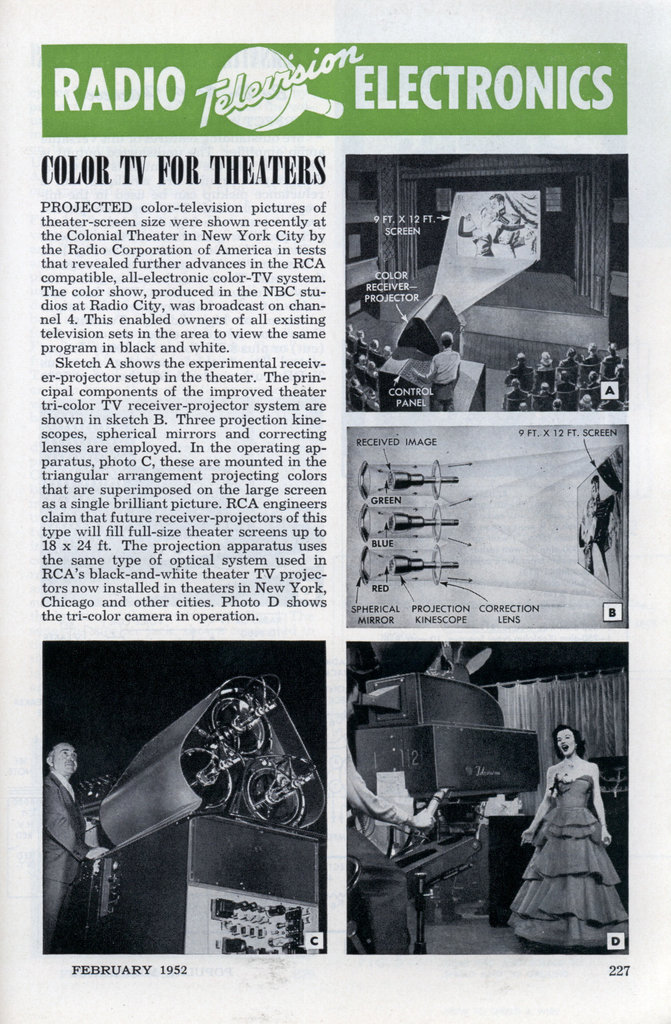 COLOR TV FOR THEATERS
PROJECTED color-television pictures of theater-screen size were shown recently at the Colonial Theater in New York City by the Radio Corporation of America in tests that revealed further advances in the RCA compatible, all-electronic color-TV system. The color show, produced in the NBC studios at Radio City, was broadcast on channel 4. This enabled owners of all existing television sets in the area to view the same program in black and white.

Sketch A shows the experimental receiver-pro j ector setup in the theater. The principal components of the improved theater tri-color TV receiver-projector system are shown in sketch B. Three projection kinescopes, spherical mirrors and correcting lenses are employed. In the operating apparatus, photo C, these are mounted in the triangular arrangement projecting colors that are superimposed on the large screen as a single brilliant picture. RCA engineers claim that future receiver-projectors of this type will fill full-size theater screens up to 18 x 24 ft. The projection apparatus uses the same type of optical system used in RCA’s black-and-white theater TV projectors now installed in theaters in New York, Chicago and other cities. Photo D shows the tri-color camera in operation.