Mechanix Illustrated
Issue: May, 1947
Posted in: Animals For Profit
27 Comments on Colored Chicks to Order (May, 1947) 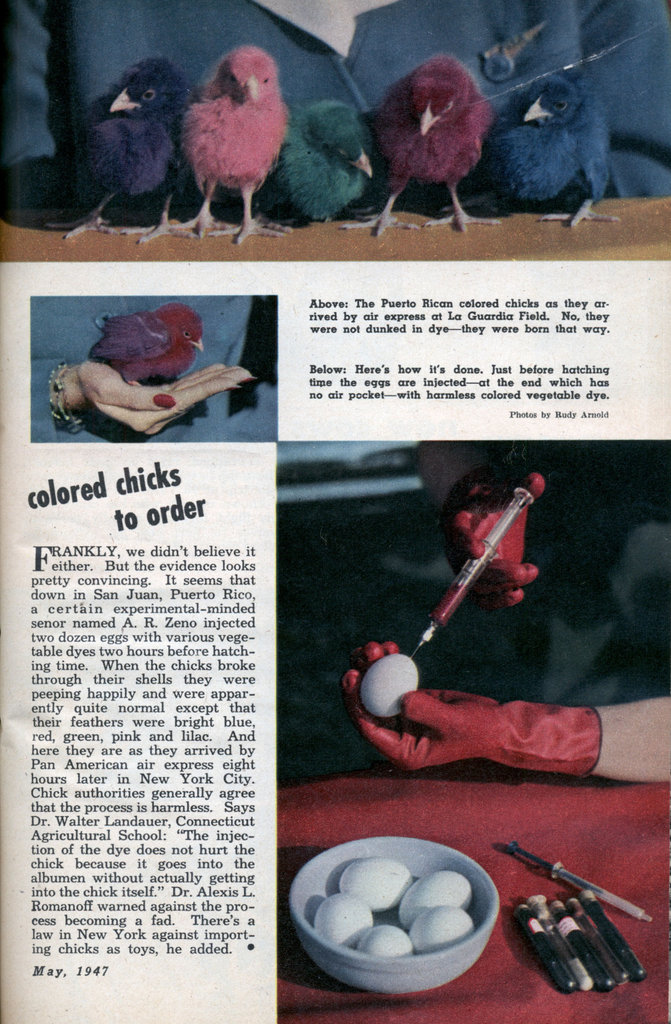 FRANKLY, we didn’t believe it either. But the evidence looks pretty convincing. It seems that down in San Juan, Puerto Rico, a certain experimental-minded senor named A. R. Zeno injected two dozen eggs with various vegetable dyes two hours before hatching time. When the chicks broke through their shells they were peeping happily and were apparently quite normal except that their feathers were bright blue, red, green, pink and lilac. And here they are as they arrived by Pan American air express eight hours later in New York City. Chick authorities generally agree that the process is harmless. Says Dr. Walter Landauer, Connecticut Agricultural School: ‘The injection of the dye does not hurt the chick because it goes into the albumen without actually getting into the chick itself.” Dr. Alexis L. Romanoff warned against the process becoming a fad. There’s a law in New York against importing chicks as toys, he added.