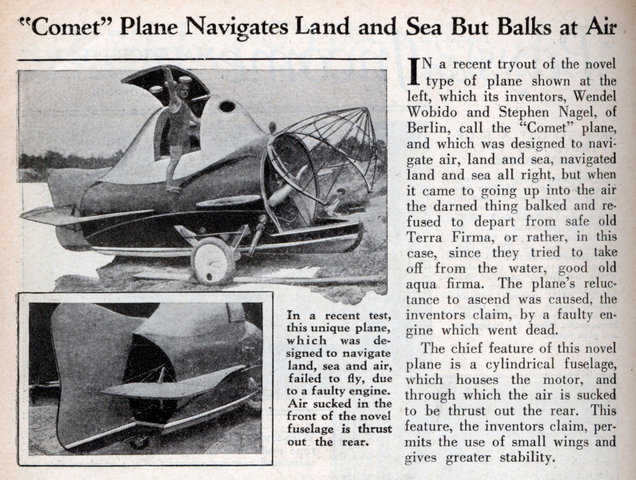 “Comet” Plane Navigates Land and Sea But Balks at Air

IN a recent tryout of the novel type of plane shown at the left, which its inventors, Wendel Wobido and Stephen Nagel, of Berlin, call the “Comet” plane, and which was designed to navigate air, land and sea, navigated land and sea all right, but when it came to going up into the air the darned thing balked and refused to depart from safe old Terra Firma, or rather, in this case, since they tried to take off from the water, good old aqua firma. The plane’s reluctance to ascend was caused, the inventors claim, by a faulty engine which went dead.

The chief feature of this novel plane is a cylindrical fuselage, which houses the motor, and through which the air is sucked

to be thrust out the rear. This feature, the inventors claim, permits the use of small wings and gives greater stability.