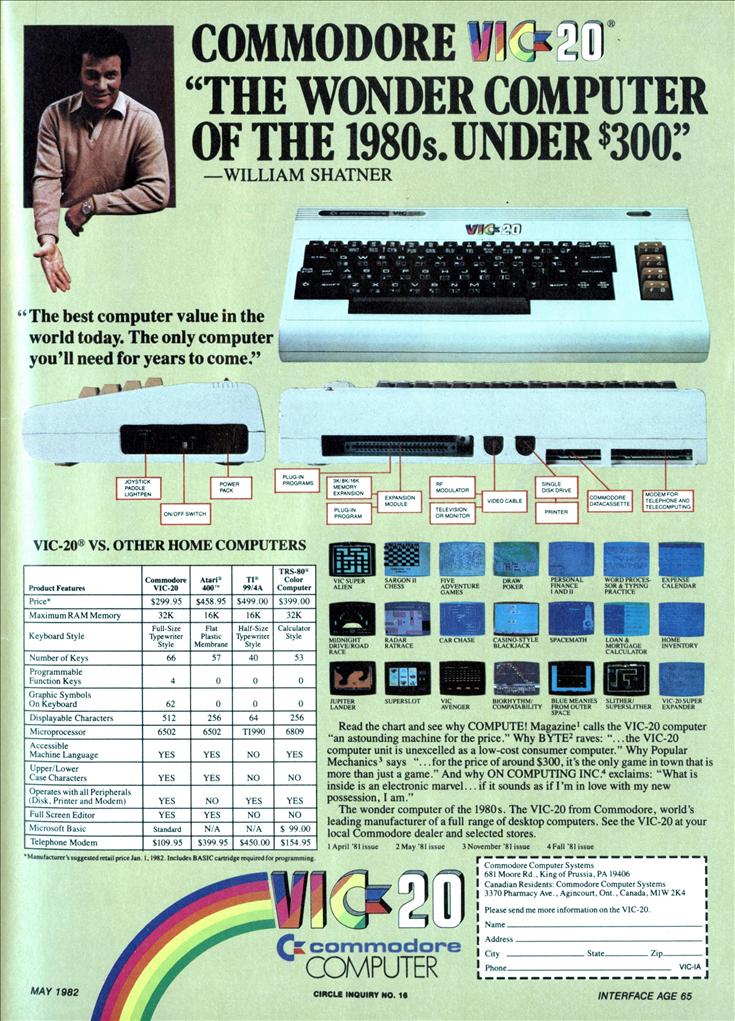 “The best computer value in the world today. The only computer you’ll need for years to come.”

Read the chart and see why COMPUTE! Magazine1 calls the VIC-20 computer “an astounding machine for the price.” Why BYTE raves: “…the VIC-20 computer unit is unexcelled as a low-cost consumer computer.” Why Popular Mechanics says “… for the price of around $300, it’s the only game in town that is more than just a game.” And why ON COMPUTING INC. exclaims: “What is inside is an electronic marvel… if it sounds as if I’m in love with my new possession, I am.”

The wonder computer of the 1980s. The VIC-20 from Commodore, world’s leading manufacturer of a full range of desktop computers. See the VIC-20 at your local Commodore dealer and selected stores.