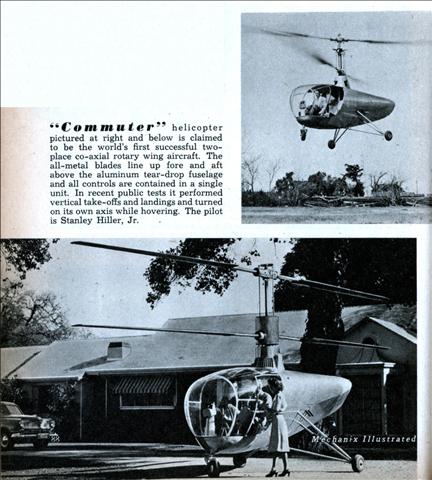 “Commuter” helicopter pictured at right and below is claimed to be the world’s first successful two-place co-axial rotary wing aircraft. The all-metal blades line up fore and aft above the aluminum tear-drop fuselage and all controls are contained in a single unit. In recent public tests it performed vertical take-offs and landings and turned on its own axis while hovering. The pilot is Stanley Hiller, Jr.