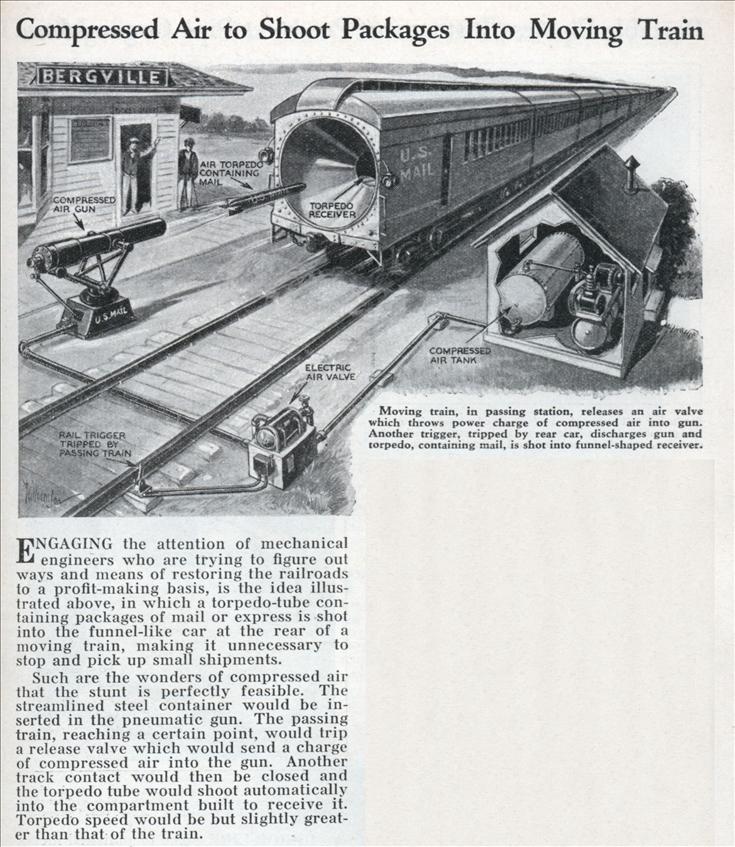 ENGAGING the attention of mechanical engineers who are trying to figure out ways and means of restoring the railroads to a profit-making basis, is the idea illustrated above, in which a torpedo-tube containing packages of mail or express is shot into the funnel-like car at the rear of a moving train, making it unnecessary to stop and pick up small shipments.

Such are the wonders of compressed air that the stunt is perfectly feasible. The streamlined steel container would be inserted in the pneumatic gun. The passing train, reaching a certain point, would trip a release valve which would send a charge of compressed air into the gun. Another track contact would then be closed and the torpedo tube would shoot automatically into the compartment built to receive it. Torpedo speed would be but slightly greater than that of the train.