I’m guessing they figured it was unenforceable because they abandoned the trademark in 1984. 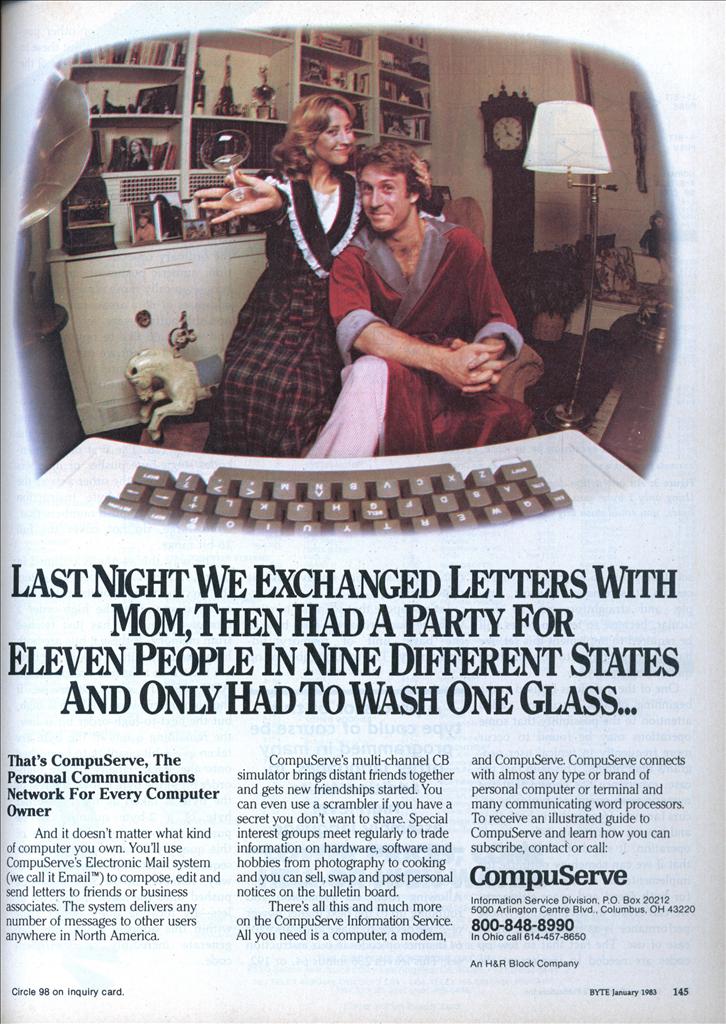 Last Night We Exchanged Letters With Mom, Then Had A Party For Eleven People In Nine Different States And Only Had To Wash One Glass…

That’s CompuServe, The Personal Communications Network For Every Computer Owner

And it doesn’t matter what kind of computer you own. You’ll use CompuServe’s Electronic Mail system (we call it Emailâ„¢) to compose, edit and send letters to friends or business associates. The system delivers any number of messages to other users anywhere in North America.

CompuServe’s multi-channel CB simulator brings distant friends together and gets new friendships started. You can even use a scrambler if you have a secret you don’t want to share. Special interest groups meet regularly to trade information on hardware, software and hobbies from photography to cooking and you can sell, swap and post personal notices on the bulletin board.

There’s all this and much more on the CompuServe Information Service. All you need is a computer, a modem, and CompuServe. CompuServe connects with almost any type or brand of personal computer or terminal and many communicating word processors. To receive an illustrated guide to CompuServe and learn how you can subscribe, contact or call: CompuServe