Construction of Storm Caves Is a Profitable Profession (Sep, 1930)

While they are great for tornadoes, storm cellars are about the worst place you can hide during a hurricane like the one that’s hitting now since they fill up with water and you’ll drown. Unless you’ve built your own diving gear that is. 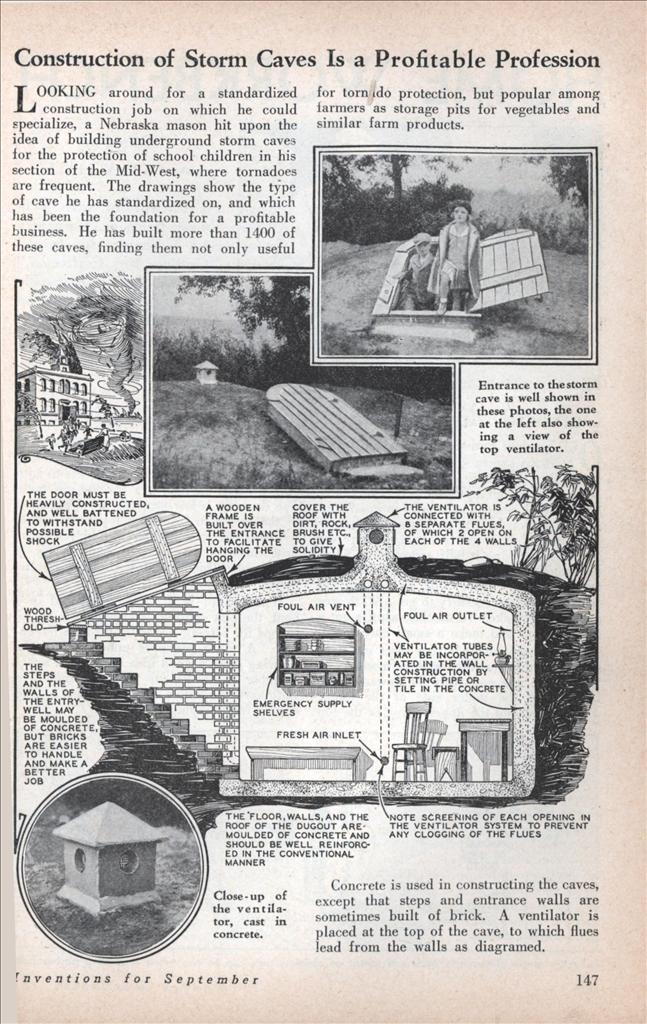 Construction of Storm Caves Is a Profitable Profession

LOOKING around for a standardized construction job on which he could specialize, a Nebraska mason hit upon the idea of building underground storm caves for the protection of school children in his section of the Mid-West, where tornadoes are frequent. The drawings show the type of cave he has standardized on, and which has been the foundation for a profitable business. He has built more than 1400 of these caves, finding them not only useful for tornado protection, but popular among farmers as storage pits for vegetables and similar farm products.