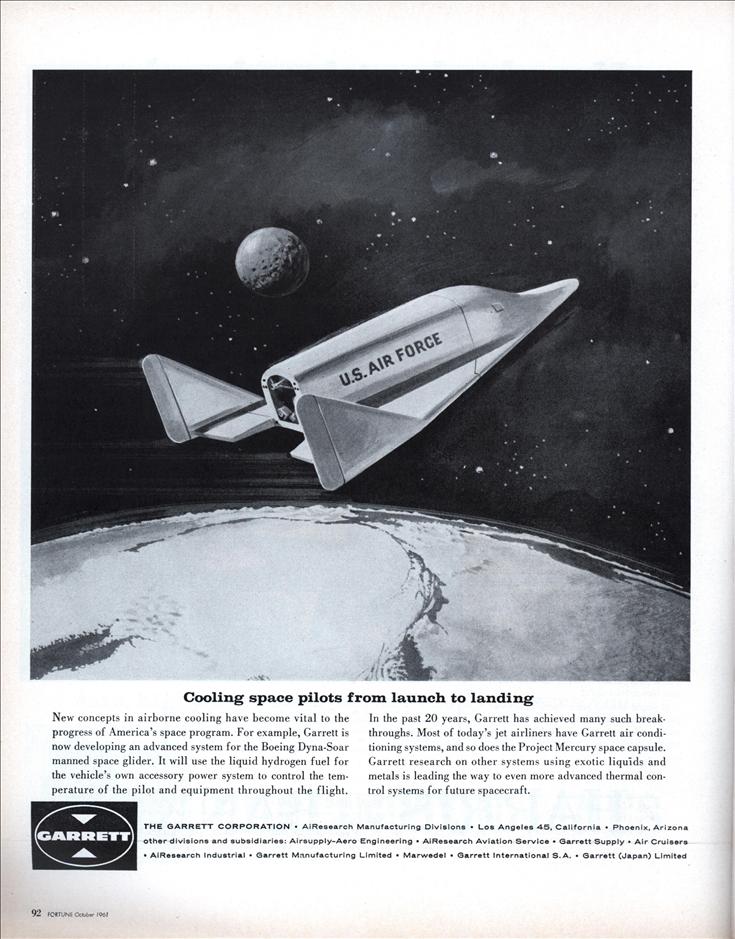 New concepts in airborne cooling have become vital to the progress of America’s space program. For example, Garrett is now developing an advanced system for the Boeing Dyna-Soar manned space glider. It will use the liquid hydrogen fuel for the vehicle’s own accessory power system to control the temperature of the pilot and equipment throughout the flight.

In the past 20 years, Garrett has achieved many such breakthroughs. Most of today’s jet airliners have Garrett air conditioning systems, and so does the Project Mercury space capsule. Garrett research on other systems using exotic liquids and metals is leading the way to even more advanced thermal control systems for future spacecraft.