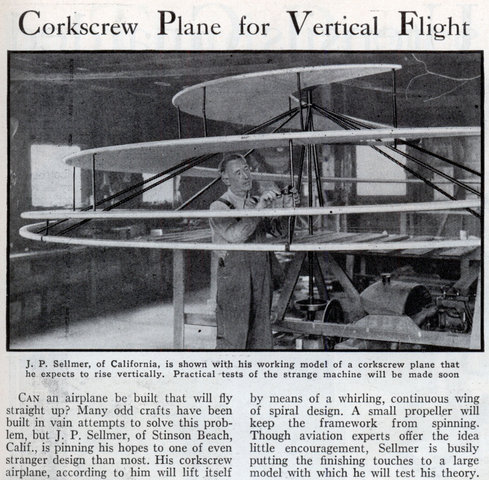 Can an airplane be built that will fly straight up? Many odd crafts have been built in vain attempts to solve this problem, but J. P. Sellmer, of Stinson Beach, Calif., is pinning his hopes to one of even stranger design than most. His corkscrew airplane, according to him will lift itself by means of a whirling, continuous wing of spiral design. A small propeller will keep the framework from spinning. Though aviation experts offer the idea little encouragement, Sellmer is busily putting the finishing touches to a large model with which he will test his theory.