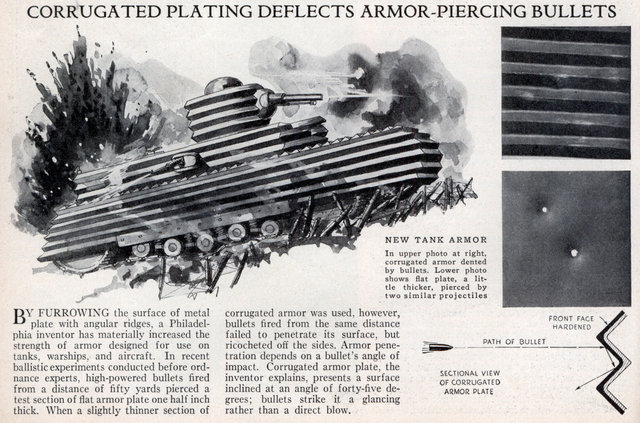 BY FURROWING the surface of metal plate with angular ridges, a Philadelphia inventor has materially increased the strength of armor designed for use on tanks, warships, and aircraft. In recent ballistic experiments conducted before ordnance experts, high-powered bullets fired from a distance of fifty yards pierced a test section of flat armor plate one half inch thick. When a slightly thinner section of corrugated armor was used, however, bullets fired from the same distance failed to penetrate its surface, but ricocheted off the sides. Armor penetration depends on a bullet’s angle of impact. Corrugated armor plate, the inventor explains, presents a surface inclined at an angle of forty-five degrees; bullets strike it a glancing rather than a direct blow.