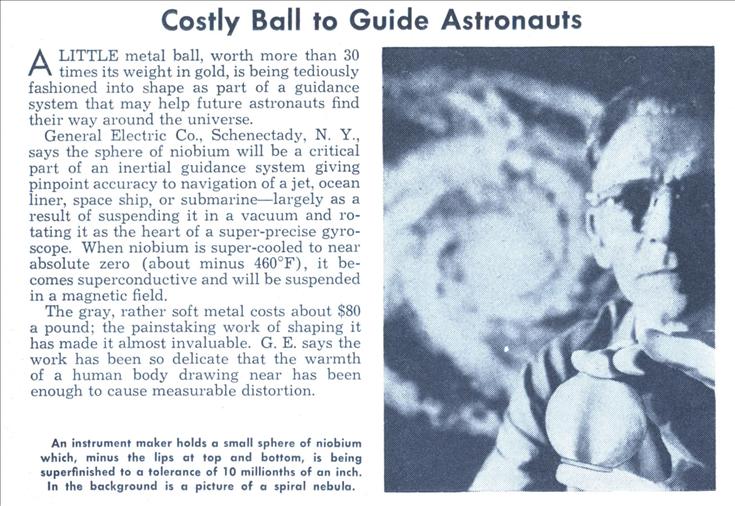 General Electric Co., Schenectady, N. Y., says the sphere of niobium will be a critical part of an inertial guidance system giving pinpoint accuracy to navigation of a jet, ocean liner, space ship, or submarine—largely as a result of suspending it in a vacuum and rotating it as the heart of a super-precise gyroscope. When niobium is super-cooled to near absolute zero (about minus 460°F), it becomes superconductive and will be suspended in a magnetic field.

The gray, rather soft metal costs about $80 a pound; the painstaking work of shaping it has made it almost invaluable. G. E. says the work has been so delicate that the warmth of a human body drawing near has been enough to cause measurable distortion.
Caption: An instrument maker holds a small sphere of niobium which, minus the lips at top and bottom, is being superfinished to a tolerance of 10 millionths of an inch. In the background is a picture of a spiral nebula.