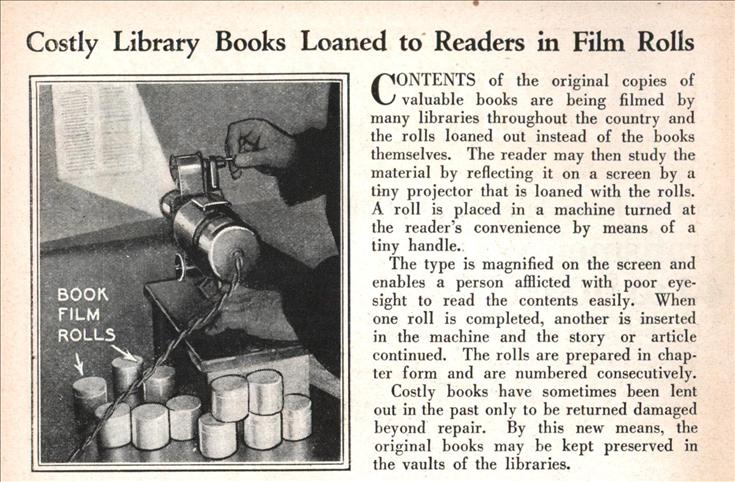 CONTENTS of the original copies of valuable books are being filmed by many libraries throughout the country and the rolls loaned out instead of the books themselves. The reader may then study the material by reflecting it on a screen by a tiny projector that is loaned with the rolls. A roll is placed in a machine turned at the reader’s convenience by means of a tiny handle.

The type is magnified on the screen and enables a person afflicted with poor eyesight to read the contents easily. When one roll is completed, another is inserted in the machine and the story or article continued. The rolls are prepared in chapter form and are numbered consecutively.

Costly books have sometimes been lent out in the past only to be returned damaged beyond repair. By this new means, the original books may be kept preserved in the vaults of the libraries.