Popular Mechanics
Issue: Oct, 1924
Posted in: Aviation
1 Comment on Count Ten and Then Pull String in Leap from Plane (Oct, 1924)

Count Ten and Then Pull String in Leap from Plane (Oct, 1924)

The first page doesn’t really seem to have anything to do with the article, but it looks like a pretty cool show. 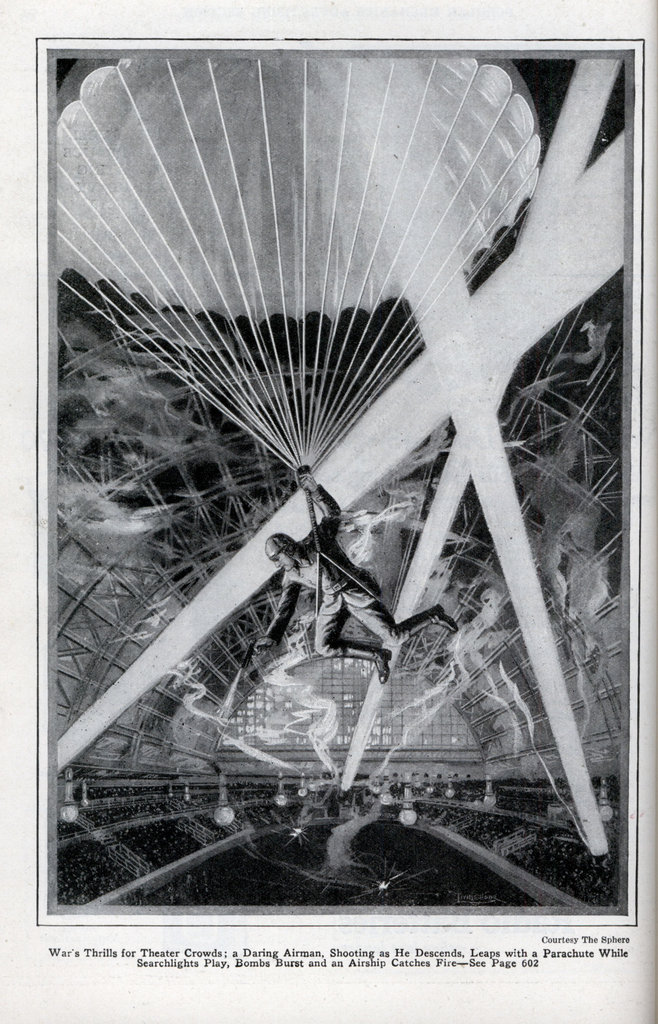 Count Ten and Then Pull String in Leap from Plane

Two thousand feet in the air, a man in a heavy canvas flying; suit crawls from the cockpit and edges his way along the wing of an airplane. Harnessed to his chest and back are two bulky packs. He nears the end of the wing, steadies himself a moment as he rises upright, waves one hand at the pilot, then calmly steps backward into space. As the body plunges downward his lips move rapidly, framing the words: One, two, three, four, five, six. seven, eight, nine, ten! At ten he jerks a cord at his shoulder and out of the packs billows a great silk parachute. As it tills with air, the speed of the falling man slackens, until finally he is drifting slowly downward for a safe landing. To the beginner, the task of counting to ten while hurtling’ through space is the most difficult part of parachute jumpingâ€”and yet one of the most important. The interval is designed to make sure that the jumper is safely clear of the entangling wires of the airplane before he releases his parachute. The lower picture shows a pilot whose life was saved at McCook Field, Dayton, when an old German war plane which he was piloting broke up high in the air. The pilot leaped clear of the wreckage and landed safely. The picture, taken just after he reached ground, shows, in the lower left-hand corner, the tiny pilot parachute which is released first to pull its big brother out of the packs.