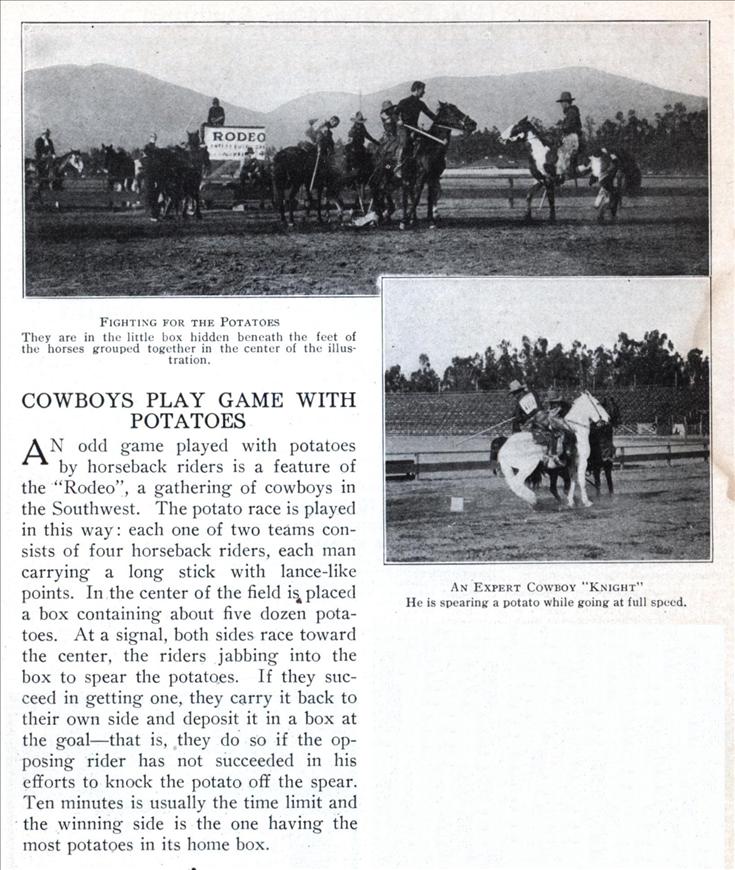 AN odd game played with potatoes by horseback riders is a feature of the “Rodeo”, a gathering of cowboys in the Southwest. The potato race is played in this way: each one of two teams consists of four horseback riders, each man carrying a long stick with lance-like points. In the center of the field is placed a box containing about five dozen potatoes. At a signal, both sides race toward the center, the riders jabbing into the box to spear the potatoes. If they succeed in getting one, they carry it back to their own side and deposit it in a box at the goal—that is, they do so if the opposing rider has not succeeded in his efforts to knock the potato off the spear. Ten minutes is usually the time limit and the winning side is the one having the most potatoes in its home box.