Modern Mechanix
Issue: Dec, 1930
Posted in: Just Weird
4 Comments on Crazy Endurance Contests Are The HEIGHT of Something or Other! (Dec, 1930)

Crazy Endurance Contests Are The HEIGHT of Something or Other! (Dec, 1930) 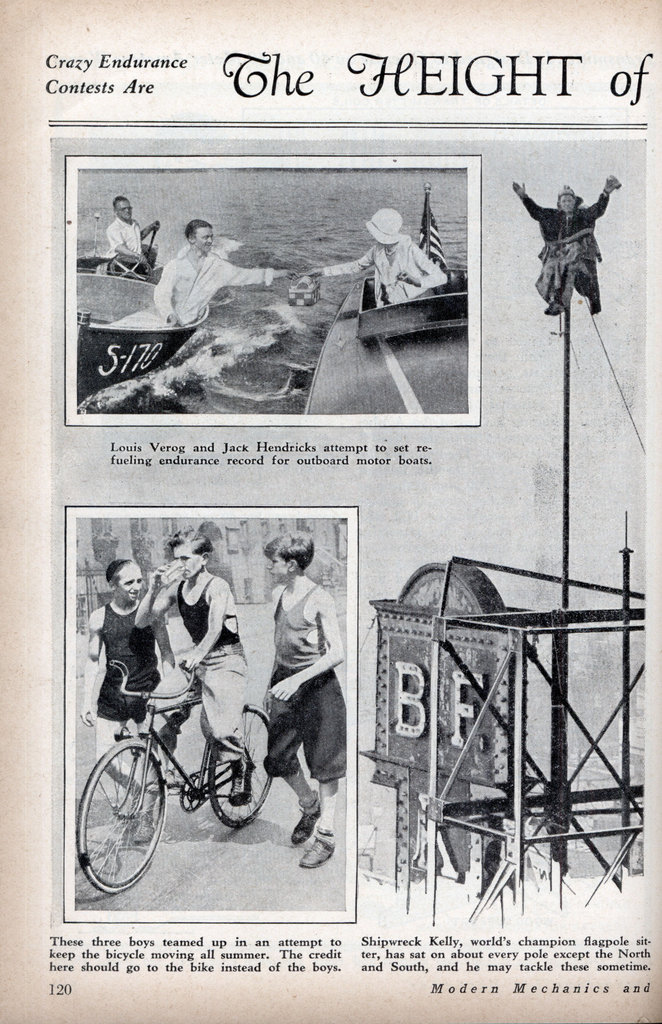 Crazy Endurance Contests Are The HEIGHT of Something or Other!

These three boys teamed up in an attempt to keep the bicycle moving all summer. The credit here should go to the bike instead of the boys.

Shipwreck Kelly, world’s champion flagpole sitter, has sat on about every pole except the North and South, and he may tackle these sometime.

Minus the comforts of many tree sitters, Lawrence Peters, of Yuma, Arizona, remained aloft in this giant cactus for 118 hours. A desert electrical storm finally forced him to come down.

Bud Morris and Harry Yostrup, of Chicago, were two of the several thousand boys who escaped the squirrels during the summer. After all it’s still a gay, foolish old world!