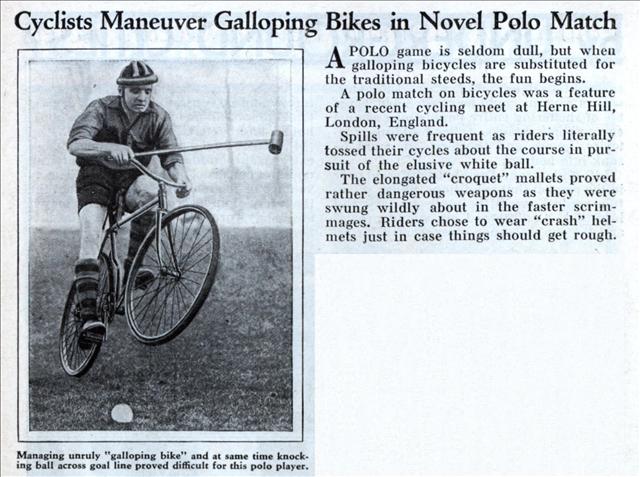 A POLO game is seldom dull, but when galloping bicycles are substituted for the traditional steeds, the fun begins.
A polo match on bicycles was a feature of a recent cycling meet at Heme Hill, London, England.

Spills were frequent as riders literally tossed their cycles about the course in pursuit of the elusive white ball.

The elongated “croquet” mallets proved rather dangerous weapons as they were swung wildly about in the faster scrimmages. Riders chose to wear “crash” helmets just in case things should get rough.