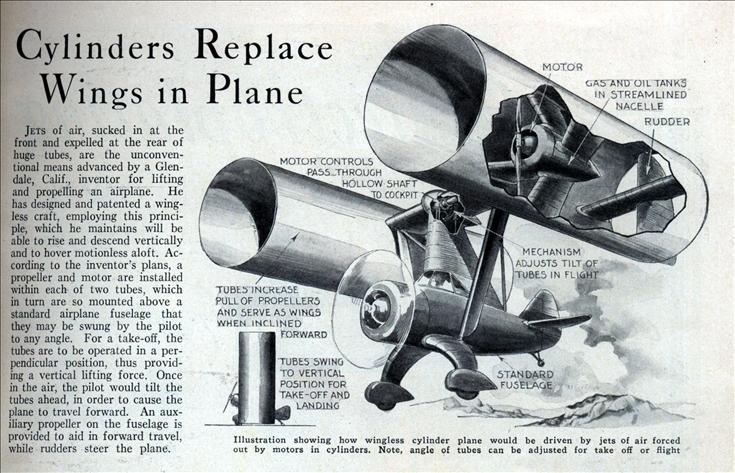 Cylinders Replace Wings in Plane
Jets of air, sucked in at the front and expelled at the rear of huge tubes, are the unconventional means advanced by a Glen-dale, Calif., inventor for lifting and propelling an airplane. He has designed and patented a wingless craft, employing this principle, which he maintains will be able to rise and descend vertically and to hover motionless aloft. According to the inventor’s plans, a propeller and motor are installed within each of two tubes, which in turn are so mounted above a standard airplane fuselage that they may be swung by the pilot to any angle. For a take-off, the tubes are to be operated in a perpendicular position, thus providing a vertical lifting force. Once in the air, the pilot would tilt the tubes ahead, in order to cause the plane to travel forward. An auxiliary propeller on the fuselage is provided to aid in forward travel, while rudders steer the plane.