Popular Science
Issue: Oct, 1933
Posted in: Ahead of its time
2 Comments on Deadly Smoke Menace ATTACKED ON WIDE FRONT (Oct, 1933) 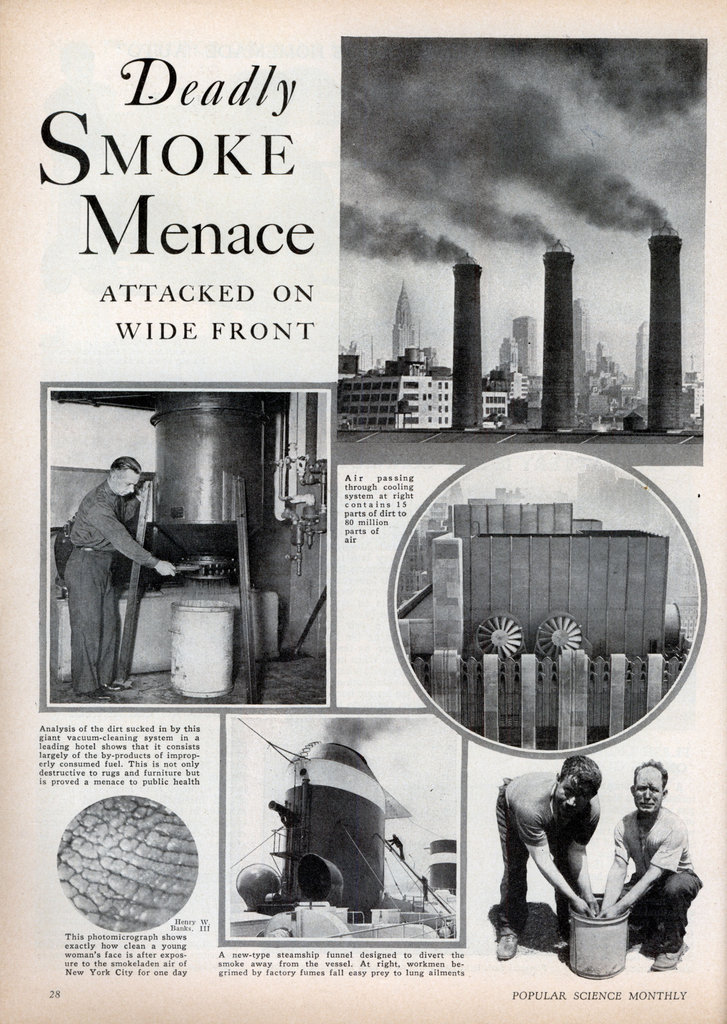 AWAKE at last to the menace of smoke as a destroyer of health and property, great cities of the United States have opened campaigns against it. Medical authorities now realize that an ever-increasing proportion of cases of respiratory diseases is directly traceable to smoke particles floating in city air. Their baneful effect does not end here; for, blanketing the sky, they form a curtain through which only a part of the ultraviolet rays can filter.

Attacking the stone of skyscrapers, the sulphurous fumes that belch from smokestacks eat into the stone and cause it eventually to crumble. Huge cleaning bills for clothes and buildings, in great industrial cities, are the result of volumes of smoke polluting the air. Sometimes its depredations take spectacular form. Thus a New York farmer’s $3,000 crop of spinach was ruined by smoke from nearby factories.

Simply banishing preventable smoke, Henry Obermeyer, New York public utilities official, states in his recently-published book, “Stop That Smoke!” will bring about the following benefits: reduction of the country’s death rate by one-sixth; twenty to fifty percent more sunshine in cities; half a billion dollars’ worth of property damage prevented annually, and the country’s fuel bill cut by one-fifth.