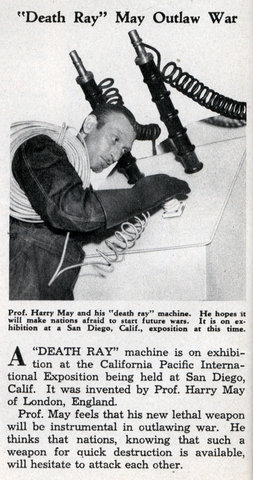 A “DEATH RAY” machine is on exhibition at the California Pacific International Exposition being held at San Diego, Calif. It was invented by Prof. Harry May of London, England.

Prof. May feels that his new lethal weapon will be instrumental in outlawing war. He thinks that nations, knowing that such a weapon for quick destruction is available, will hesitate to attack each other.