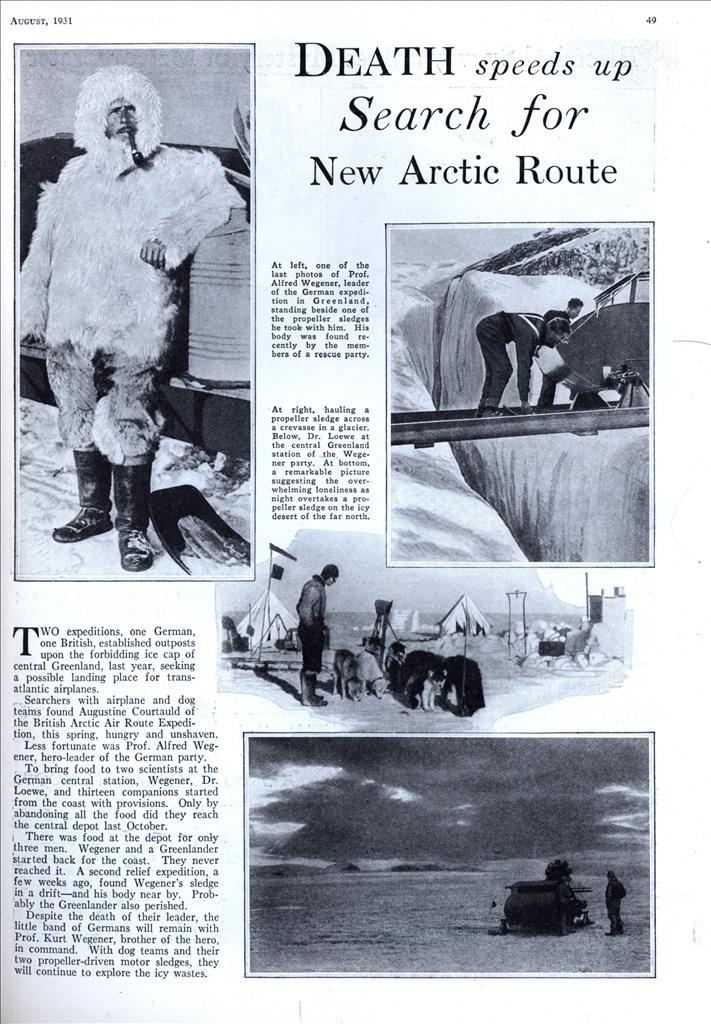 To bring food to two scientists at the German central station, Wegener, Dr. Loewe, and thirteen companions started from the coast with provisions. Only by abandoning all the food did they reach the central depot last October. I There was food at the depot for only three men. Wegener and a Greenlander started back for the coast. They never reached it. A second relief expedition, a few weeks ago, found Wegener’s sledge in a drift—and his body near by. Probably the Greenlander also perished.

Despite the death of their leader, the little band of Germans will remain with Prof. Kurt Wegener, brother of the hero, in command. With dog teams and their two propeller-driven motor sledges, they will continue to explore the icy wastes.