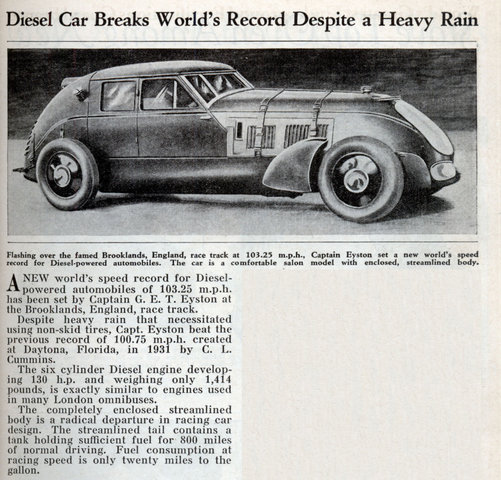 A NEW world’s speed record for Diesel-powered automobiles of 103.25 m.p.h. has been set by Captain G. E. T. Eyston at the Brooklands, England, race track.

The six cylinder Diesel engine developing 130 h.p. and weighing only 1,414 pounds, is exactly similar to engines used in many London omnibuses.

The completely enclosed streamlined body is a radical departure in racing car design. The streamlined tail contains a tank holding sufficient fuel for 800 miles of normal driving. Fuel consumption at racing speed is only twenty miles to the gallon.